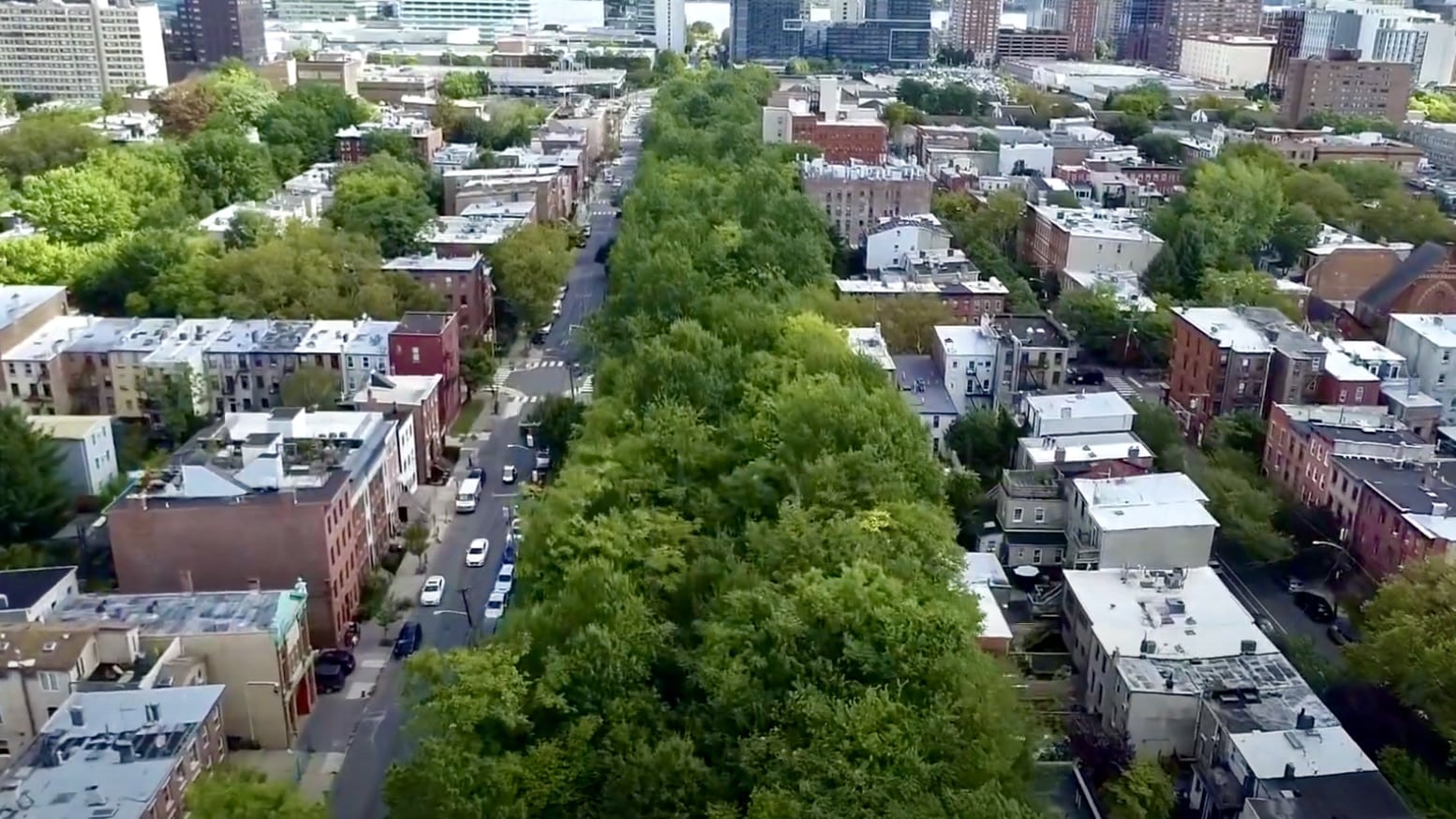 Yesterday, the railroad operator Conrail sued the Jersey City City Council and the Planning Board over their decision to acquire some of its Downtown property as an area in need of redevelopment.

As envisioned by the the city and the Embankment Preservation Coalition, a path along the property at issue would provide a park-like connection from the 6th Street Embankment to the Bergen Arches and the Essex-Hudson Greenway.

On October 14, the City Council adopted two resolutions placing the property in a redevelopment plan that would enable the city to acquire the land at issue. 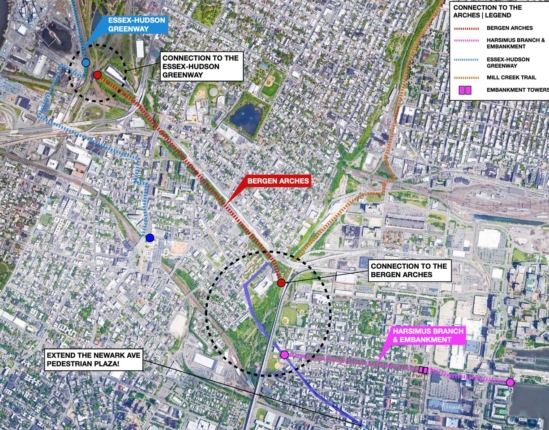 “It’s unfortunate that Conrail has taken this step. In light of Governor Murphy’s decision to fund the Essex Hudson Greenway, Conrail should reconsider it’s decision and support the city’s efforts to complete this open space and bike and walk corridor” said Stephen Gucciardo, President of the Embankment Preservation Coalition, upon hearing of the lawsuit.

In 1998 The Embankment Preservation Coalition was formed to oppose the the demolition of the Harsimus Branch Embankment which runs along 6th Street from Marin Boulevard to Newark Avenue. When Conrail sold the land for $3 million to real-estate developers Victoria and Steve Hyman, the coalition sued resulting in a 15-year legal battle. Steven Hyman died in 2019 but negotiations were ongoing.

In 2019, a non-binding agreement was reached between all the parties which would have allowed building to take place at the Marin Boulevard end of the embankment but allowed the rest of it to be preserved and used for the greenway. The agreement included use of the land at issue in the lawsuit.

Without use of that land, walkers and cyclists using the 6th Street Embankment would be forced to connect to the Bergen Arches and Essex-Hudson Greenway by way of Newark Avenue and Palisade Avenue (see purple line on map) rather than continue across Newark Avenue and remain in a park-like setting.

In February, Conrail pulled out of negotiations that would have finalized the agreement and made the land across Newark Avenue available for the greenway. “We were at the 1-yard line for a global settlement only to have Conrail abruptly walk away from what they had previously indicated was acceptable to them” administration spokeswoman Kimberly Wallace-Scalcione told the Jersey Journal.

Conrail’s suit claims that the city both lacks the power to acquire the property because it is preempted by federal law and that it failed to satisfy the requirements of the Local Redevelopment and Housing Law.

Ferry Service to Liberty and Ellis Islands From Jersey City Resumes
Jersey City, US
7:32 am, May 22, 2022