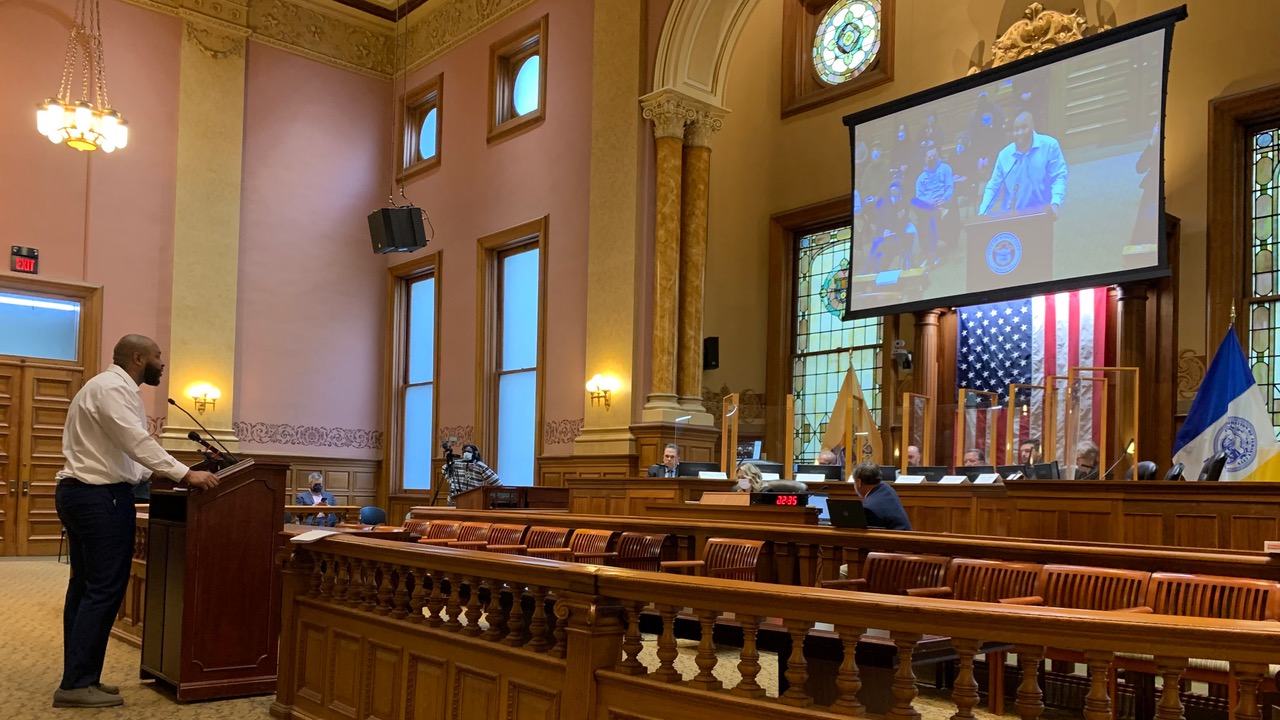 For more than three hours this morning, Jersey City residents cajoled, pleaded and lectured, hoping to forestall the approval of a new ward map that would radically re-shape the city’s voting districts. In the end, the effort proved futile as the Jersey City Ward Commission voted 6–0, with one abstention and almost no discussion, to approve a revised map that had only been published two days earlier.

“It has the lowest possible deviation while having the least possible impact on demographic distribution,” said commissioner and Jersey City Clerk Sean Gallagher of the map.

Looking at the newly drafted map, Ward F Councilman Frank Gilmore wondered how it reflected the statutory mandate to follow a ward’s “natural boundaries” given “how [the newly reconstituted Ward F] sweeps up and around and then back up.” 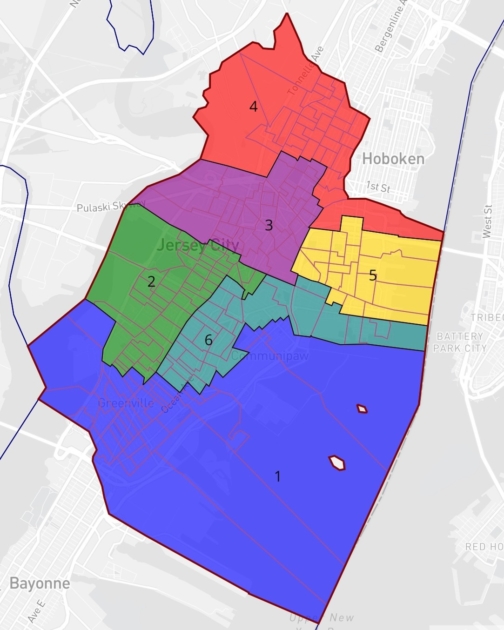 The law requires that wards be drawn in such a way that they are “compact and contiguous.”

In prior years, Gilmore said, “the city planner, who was familiar with the layout of the ward, was part of the process” of redistricting. But that’s no longer the case, he said.

This was the commission’s second attempt at a public hearing. Residents were first given an opportunity to weigh in on the map last Friday. That meeting was cancelled at the last minute when its Zoom capacity was exhausted and the county clerk’s office on Cornelison Avenue was overwhelmed with attendees.

In the days following, the map was revised to adjust Ward A and Ward E after community groups complained. Several speakers questioned why residents of Bergen-Lafayette in Ward F had not been able to get the same concessions.

The new map removes a large portion of the Bergen-Lafayette neighborhood, all of Liberty State Park, and several high profile developments from Ward F and places them in Ward A, which is represented by Councilwoman Denise Ridley, an ally of Mayor Fulop.

While acknowledging the need to rebalance the population of each ward, Ward E resident Karin Vanoppen wondered, “Nobody lives in Liberty State Park. Why did it have to move?”

Sam Pesin, President of Friends of Liberty State Park, called the shift of Monitor, Pine and Sudan Streets from Ward F to Ward A a “flagrant wrong” [because] you’re breaking up the historical integrity of the Lafayette community and because the area defined by those blocks are far from Greenville.” Greenville makes up most of Ward A.

Ward F resident James Moore suggested that the changes to Ward F had been politically motivated and speculated that the presence of mayoral aide John Minella on the commission had allowed the mayor to influence the map. “It stinks,” Moore said.

Kevin Gossa pointed out that the law allows for a maximum population difference between wards of 10 percent and suggested that the commission use that leeway to “assuage some of the public’s concerns.” He advised the board to “reframe Ward F, so it makes more sense.”

Ward F resident Erin Collechia complained that, after voting for Frank Gilmore, she would now be represented by a councilperson she had never heard of. “I have absolutely no confidence that that person has not been handed mayor Fulop’s pet developments because they are viewed as less of a hindrance.”

Said Bergen-Lafayette resident June Jones, “I feel that we are once again disenfranchised in Ward F… it has racial overtones.”

Complaints about the map weren’t confined to Ward F. Steven Persikowski complained that the map puts him in Ward C, “an area with different problems and needs” than where he lives. “My lifestyle, concerns, and needs are all D-related” Persikowski said.

A resident of Newport called in to complain about being placed under Ward C. “Issues that the Newport community are facing are different than those facing the Jersey City Heights,” he said.

Councilwoman Mira Prinz-Arey, who represents Ward B, noted that the new map strips her West Side ward of the Marion section, which now falls to Ward C. “I’ll have to take more time to explain that to the residents,” she said.

But the discussion returned to Ward F. Former Councilman Chris Gadsden asserted that Gilmore was being “marginalized” by the commission’s moves. “Hamilton Park got what they wanted,” Gadsden said, as did Councilwoman [Denise] Ridley who in the first draft had lost sections of Ward A along the Hackensack River but then recovered them in the version before the commission today.

Taisha Rose, 25, lamented that the new map proves right so many of her friends who have always been too cynical to vote. “’They will still find a way to silence us, a way to get their way,'” Rose said her friends always tell her. “I see this as exactly that,” she said. But in Frank Gilmore, “We finally selected someone who we trust.”

Councilwoman Ridley said that, while she was “very happy to see many of our longstanding [Greenville] residents can stay [within the ward], I didn’t think [the commissioners] needed to go into Bergen-Lafayette. When people learn their councilperson is no longer their representative, they’re going to come to [the City Council] for an explanation.”

County Commissioner Bill O’Dea recalling how his onetime mentor, Councilman Tom Fricchione, ended up getting redistricted out of his own ward, urged the ward commissioners to exercise “full transparency, beginning today.”

And Diane Kaese, president of the Historic Paulus Hook Association, pointed to another strange ward shift which, she said, “splits our historic park in two wards,” one portion of Four Corners Park remaining in Ward E and the other ending up Ward F.” This is a “stark example,” she said, of “how things in Hudson County don’t change.”