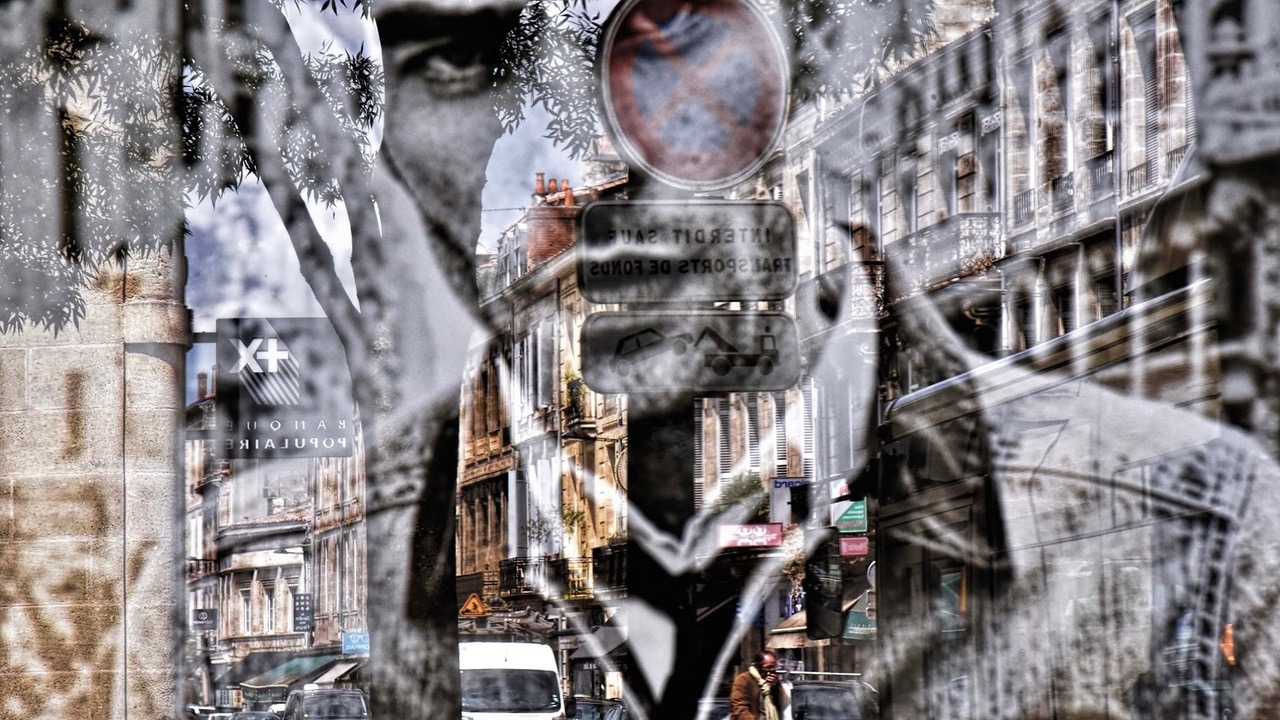 Every little kid splashing around in a municipal pool knows all about it.  Water can create some amazing optical distortions.  It can make human torsos look stretched, or smeared, or mottled; it can extend or even sever extremities; it can upend your focus and confound your expectations.  Painting swimmers is a notoriously tough thing to do, especially when half of the person is underwater and the other half is gliding above the surface.  But Claudia Waters‘s pools images are rendered with the confidence and familiarity of somebody accustomed to the smell of chlorine. In “A Deeper Dive,” one of two solo exhibitions on view at Novado Gallery (110 Morgan Street) through August 13, she throws us right into the deep end:  swirling fields of aqua, children in red bathing suits, lane lines guiding underwater racers into the distance. 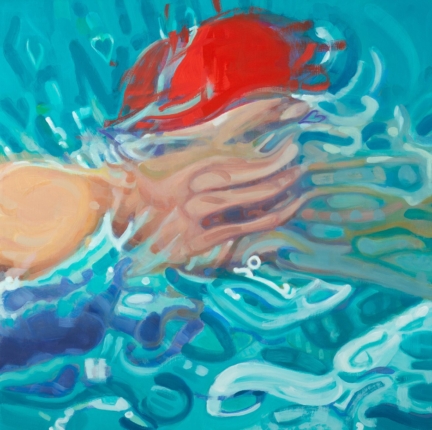 Force of Nature by Claudia Waters

She does not show us any dry land at all.  Waters’s swimming pool is infinite and limitless, lapping up against the frames of her painting and giving the impression that we’re looking at images of the same watery confines, viewed through parallel rectangular portholes.  She applies oil onto linen, which imparts an undeniable wetness to her work.  Some of her pieces made me want to check the floor for puddles.

The chromatic richness and scale of the paintings gives Waters room to indulge in her great curiosity — how bodies look to us when they’re perceived through a liquid filter.  At least one of these paintings is a pure study: “Foot” is just that, an underwater rendering with ripples curling against bare toes and conventional perspective undone by the play of light on the surface. (On a hot day, it also looks like quite a relief.)  Some of the interactions between swimmers and race-churned water are more extreme. The woman depicted in “Two-Figure Dive” has had her head divided into streamers of color and her body nearly folded in two. Yet we recognize her for exactly what she is, and it’s also pretty clear how deep into the pool she’s penetrated. Waters generates the effect through the illusion of layers of water, perturbed by the vigorous action of the diver. “Force of Nature” shows us a bathing-capped swimmer approaching a velocity, or perhaps a depth, that makes her face resemble a rubber mask yanked hard on both sides. A woman coming “Up For Air” has her hair and red bathing suit cut into ribbons by the act of surfacing.

Yet as distorted as Waters’s bodies can get, there’s nothing even slightly sinister about these pieces. We know, instantly, where we’re at: a suburban municipal pool, one serving the needs of families determined to get a little relief from the sunshine. The act of jumping in chemical-treated, ice-blue water is, when you think about it, a little strange, even if it is an intense pleasure. The street photographs of Steve Pearlman, by contrast, are a bit more haunted, and considerably more urban. “A Deeper Eye” (Pearlman, too, likes to go deep) consists of dreamlike shots of city exteriors, including reflections, projections, and objects captured on shiny curved surfaces.  Much like Waters, Pearlman is interested in the way that natural filters — heavy summer air, glass, the shimmer of daylight off of poster paper — distorts and amplifies the features of human subjects.  In “Bordeaux Reflections II,” the spectral image of a woman stares back from a wall; in “The Warehouse, Armory Square,” two half-heads peep out at the sidewalk from the side of a building.  There are eyes everywhere.  The artist watches the city, but the city is always watching back.

Pearlman prints his photographs directly on to rectangular metal surfaces.  This high-definition metal sublimation printing generates a sense of auto-bumper sleekness to some of the longer rectangular pieces like “Silver Ball Fountain, Palais Royal Paris.” Shiny silver surfaces, reflections in glass, the cold stares of human figures superimposed over streetscapes: this is the city as a great pinball machine, all lit up, impersonal, hard to touch, and nearly on tilt.  In “The Gaze,” a man with his eyes shadowed by the brim of a fedora stares at his reflection in plate glass.  It’s doubled, and it shimmers like an apparition. Claudia Waters might say that it almost looks like he’s under water.  Even on the street, he’s in pretty deep.