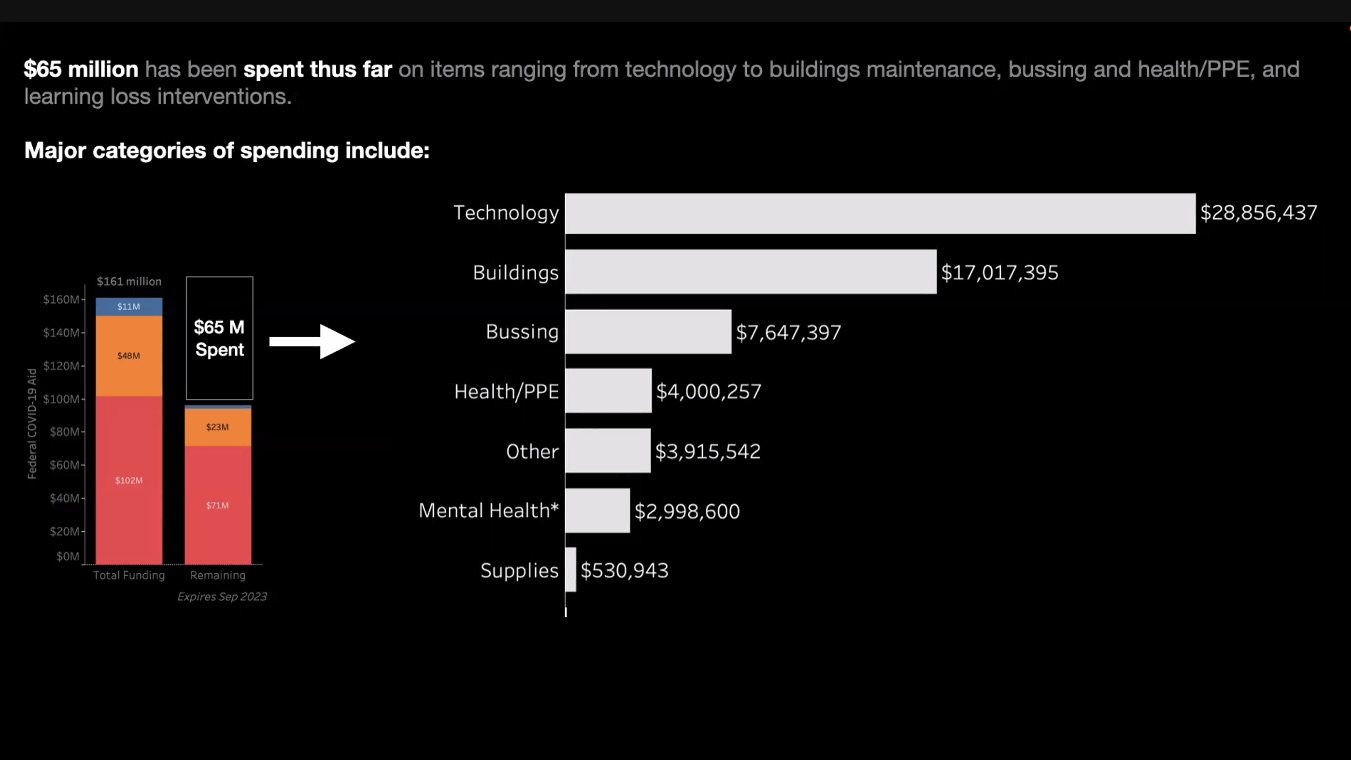 Leaders of the Jersey City Public Schools and Board of Education committed to fully staffing the schools, working to ensure safe drinking water in all of the district’s buildings, and making other improvements asked for by members of the multi-faith coalition Jersey City Together in a virtual meeting on Monday.

To fully staff the schools, Jersey City Together members asked for a fully-funded budget, which will require an increase in the tax levy to fund the recurring expense of staff salaries.

“Our education team has done the research, we’ve dug into the data, and we’ve consulted with groups like the Educational Law Center,” said Brigid D’Souza of Jersey City Together. “We know that state aid may be down to zero in just a few years.”

“As state aid goes down it means our school levy must go up,” D’Souza said.

The district’s 2021-22 budget raised the tax levy to fully fund the schools, allowing more than $28 million to be spent on technology such as Chromebooks, Jersey City Together found.

According to a chart it shared, the district spent has more $65 million so far this year, including approximately $28 million on technology, $17 million on repairs of buildings and other assets, and smaller amounts on busing, mental health, supplies, and personal protective equipment for Covid-19.

“Many of our buildings were not ready to welcome students back absent major investments in HVAC fixes and air purifiers,” she said. 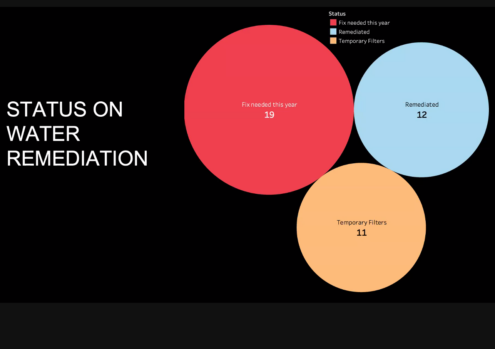 Acting Superintendent Norma Fernandez committed to presenting a fully funded budget for the 2022–23 academic year, and Board President Gerald Lyons agreed to drive the budget process with the goal of fully funding next year’s budget.

“The state aid has not been released yet, but we will work on presenting a balanced budget that keeps our schools fully funded and more importantly staffed,” Fernandez said. “We are planning for a fully staffed district, granted that the individuals are available.”

Along with this commitment, both leaders agreed to use the approximately $100 million in federal funds the district has not yet spent for one-time expenses such as capital projects, technology investment, and interventions to address learning loss.

Lyons said the district has $60 million earmarked for more capital projects, which are tied into the long-range facilities plan.

“We have to look into what’s going to happen in a few years now, especially since there’s all these looming cuts,” Lyons said. “We’re trying to do everything we can to prepare ourselves for what’s happening down the road.”

Lyons and Fernandez also acceded to a request by Robyn Gorman, the CEO of Hudson Partnership CMO, who asked for a clear accounting of full-time staffing in each school that will identify staff by position, including those providing mental health services. They also committed to sharing the formula used to make staff determinations.

“I can unequivocally state that in the last two years of the Covid pandemic, the loss, grief, and isolation experienced by young people has led to a demonstrable uptick in the need for mental health services,” Gorman said.

“In 2019, the CMO [Care Management Organization] worked with six youth who had suicidal ideation and attempts. In 2021, we saw that number rise to 42. We’ve seen youth as young as nine be hospitalized for suicide attempts,” Gorman said. “We’ve also witnessed an increase in the number of youth exposed to domestic violence and the number of youth experiencing struggles with drugs and alcohol, including an increase in overdoses. This is not the time to shortchange our children on much-needed services in the schools.”

The board in November 2021 canceled a contract with a company that had begun to provide counseling to students, causing many parents to question the availability of in-school mental health services.

“Going forward, at each school all staff members will be identified, including the position that they hold and how they work at each of the schools to support our students and their families,” Fernandez said. 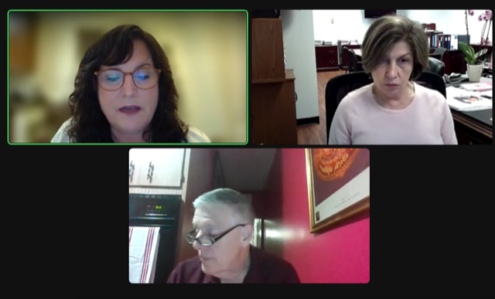 “We’re now working on changes to our policy on personnel issues to address some of the staffing concerns and questions,” Lyons said.

The board president and superintendent also committed to working with the Jersey City Municipal Utilities Authority to complete remediations that would provide safe drinking water in all city public schools.

“We heard families say their child is afraid to ask their teacher for water; kids coming home with headaches; students drinking the water brought from home before PE class and then not finding an easy school source to refill the bottle after PE,” said Jim Nelson of Jersey City Together, describing stories shared in listening sessions about the water issue.

“The district does provide and does respond when notified, but the ad hoc measures cannot compare with fixing the infrastructure,” Nelson said. “Schools need to make access to safe drinking water easy and a normal part of the day.”

Lyons said, “I’ve been fighting for the water issue since I first got [elected to] the school board in 2012.”

“I’ve visited 15 schools since the 2022 school year began. One school didn’t have their water upgraded yet, the rest all had working fountains in place for you to refill your own bottles from home. So, we’re getting there,” Lyons said. “Am I happy that 10 years after being here that it’s not done yet? Absolutely not.”

“We are all working towards getting it resolved,” Fernandez said. “Unfortunately, the pandemic has slowed down the process in terms of staff becoming ill, the availability of supplies and resources. However, it’s non-negotiable, and starting at the March meeting, there will be an update monthly as to where we are in the process.”

The Jersey City MUA was invited to participate in Monday’s action but declined, according to Nelson.

We will continue to engage the JC MUA to make public its progress and plans to complete work in 2022,” he said.

Jersey City Together members also said they are planning to attend the March 24, 2022 Jersey City MUA meeting and encourage concerned parents and residents to attend as well.