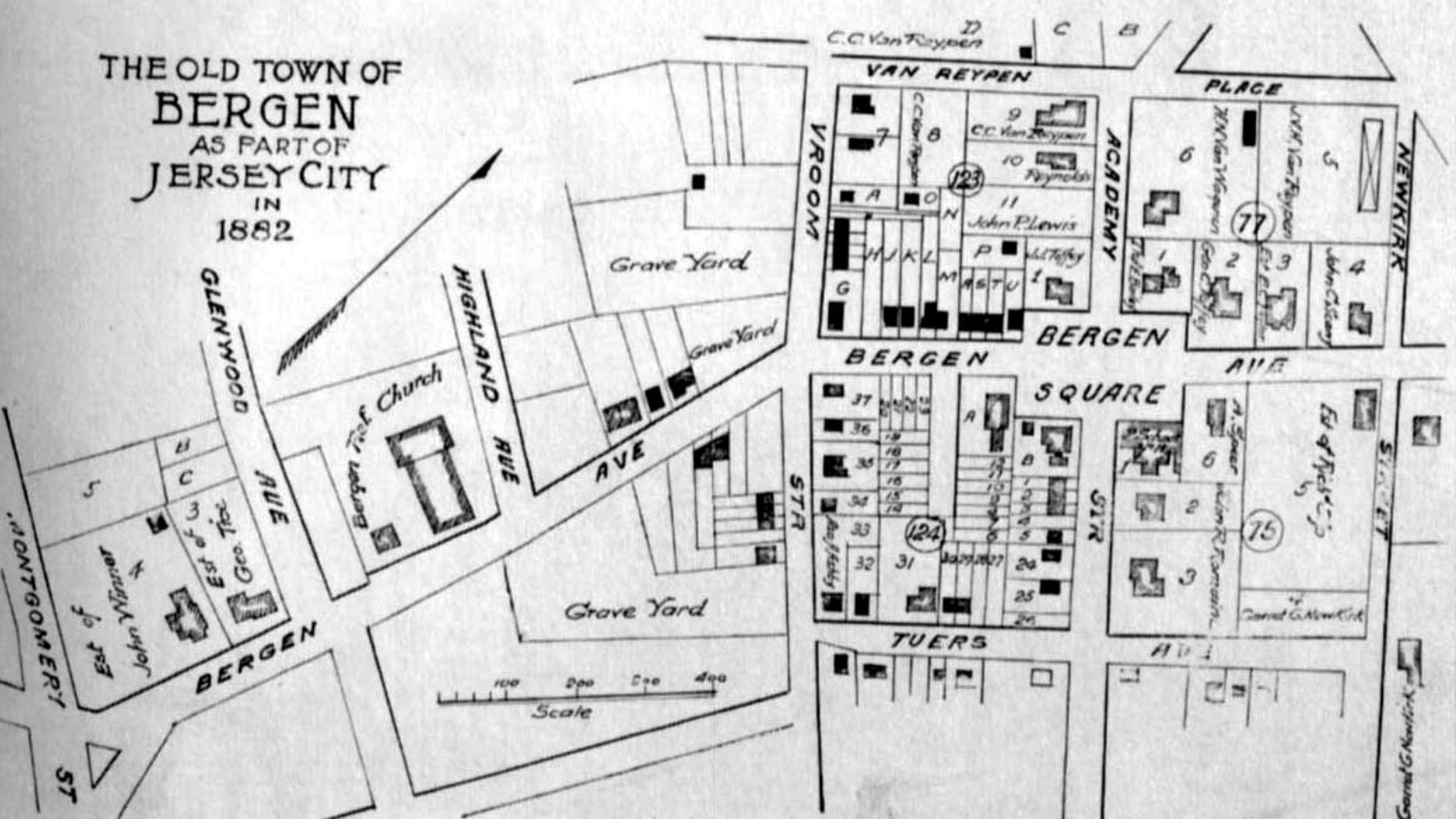 Home to one of the oldest continuous settlements in New Jersey, Bergen Square in Jersey City is getting a mini makeover. The redesign will be funded with $425,000 in grants from the New Jersey Department of Transportation Transit. Though no longer an identifiable plaza, the area is considered to be the intersection of Bergen Avenue and Academy Street.

Several city employees representing the Divisions of Planning, Engineering, Traffic and Transportation briefed residents on a “Bergen Square Redesign” which, they said, would “strengthen the historic identity” of the site and “activate it into a vibrant public space.”

As part of the design process, the city incorporated feedback from about 150 residents who responded to an online survey about the project (whose boundaries were defined as Newkirk Street to the north, Tuers Avenue to the east, Vroom Street to the south, and Van Reipen Street to the west).

More greenery, historical preservation, transportation safety, and more public activities were among the most frequently mentioned preferences cited by those surveyed, according to Liz Opper, urban designer for the city Planning Division.

On May 19, at Old Bergen Church, just south of the Square at Highland and Bergen avenues, the city planners outlined several options for implementing residents’ suggestions.

To increase public awareness of the site’s historical significance, including the onetime presence of the Leni Lenape Native Americans, the planners proposed installing signage recalling the colonial stockade and farm that once stood in the Square.

To promote freer pedestrian passage and to slow down vehicular traffic, the planners talked about raising sidewalk levels at key intersections similar to the street humps at Sip and Summit avenues. 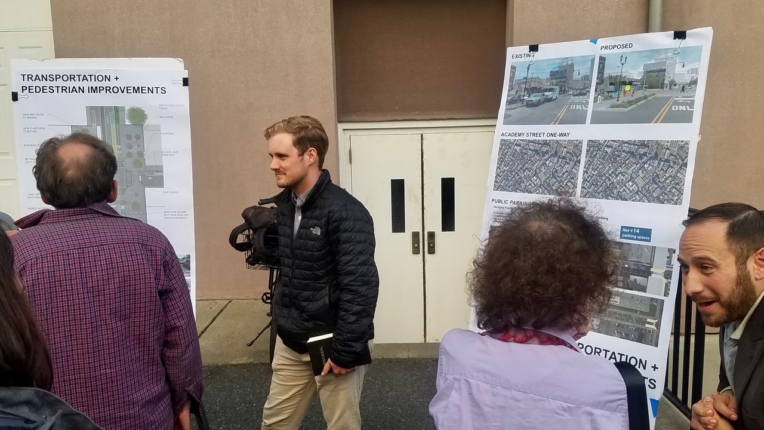 Noting that the bus stop on the west side of Bergen Avenue in front of the Provident Savings Bank off Academy Street is one of the most heavily used stops in the city, the planners proposed creating an island at that corner to ease commuter access.

Finally, to increase pedestrian safety and relieve congestion and exhaust from vehicles queuing to access indented parking spots on and around the Square, the planners proposed eliminating those parking cuts and changing related traffic patterns.

The existing two-way traffic along Academy would be rendered one way, they suggested. They also floated the idea of creating a Martin Luther King School drop-off zone on Academy.

Together, these changes, they said, would add 14 parking spots net to Bergen Square.

Once the final design is completed and the city contracts for the work, “we hope to get shovels in the ground this year,” said Barkha Patel, the city’s newly appointed director of the Department of Infrastructure.

Reactions from the meeting’s approximately 20 public spectators were generally positive.

Margaret Galvez said she hoped that open-air markets would be entertained as a public activity in the Square, among other possibilities.

Richard LaRovere, a local artist and illustrator, said, “Getting some more parking and creating a sort of pedestrian mall should enhance local businesses in the Square.”

Martin Pierce, president of the Jersey City Museum Association board, said the renovations should help “civilize a space that has drifted often into a relatively dirty and unkempt area” and “will complement the refurbishing of the Old Bergen Church cemetery.”

And James A. Dievler, author of “Bergen Square 360: Changing Perspectives on New Jersey’s Oldest Town Square,” said, “Our effort is to re-instill the idea of Bergen Square into the public consciousness because for many years it served as a central meeting place, a parade grounds, a location for public celebrations. Now again, it will be a place where people can come together.”