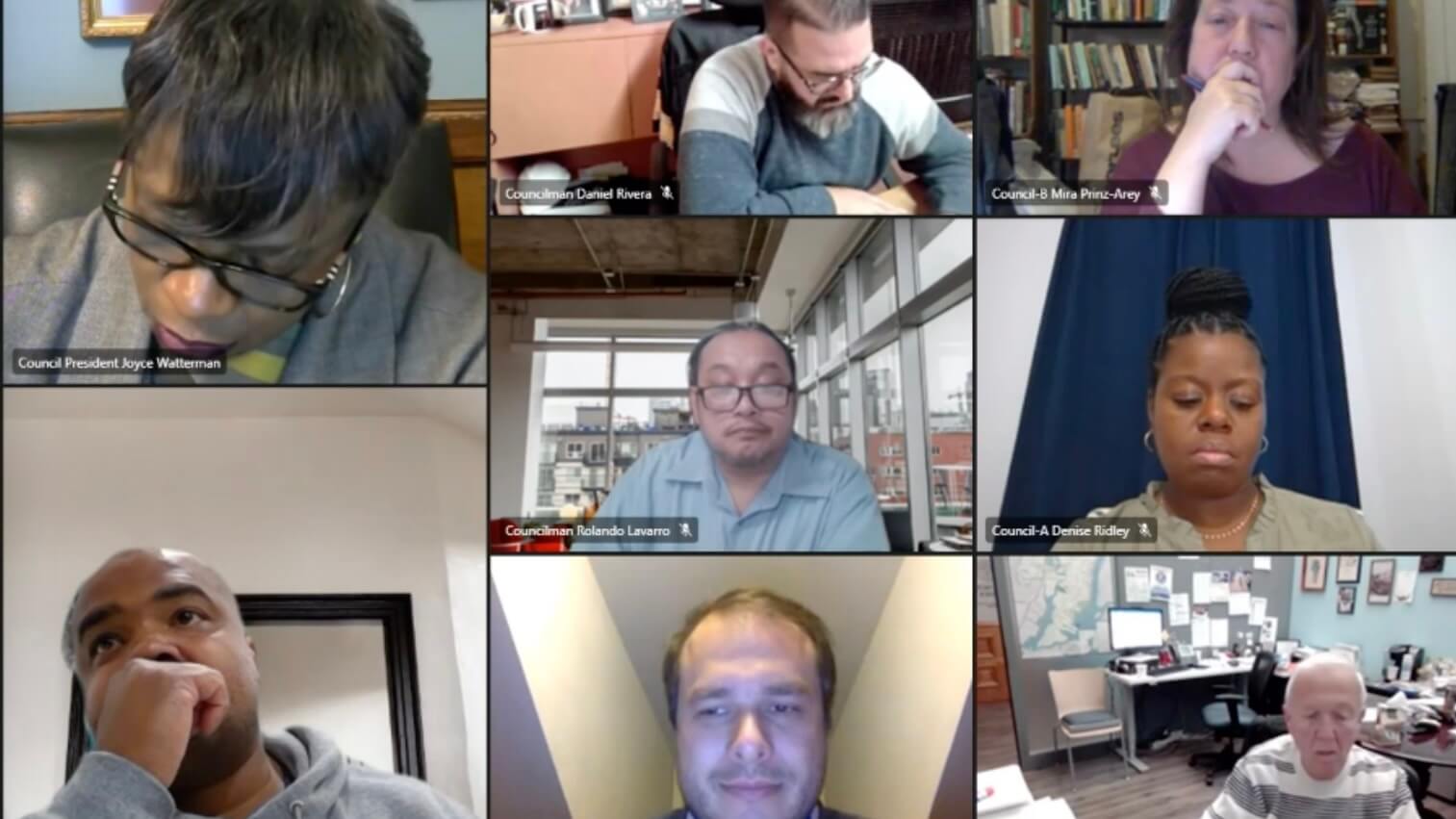 At Monday’s meeting, the City Council introduced an amended inclusionary zoning ordinance, approved a $10 million bond issue to pay severance for the layoff and retirement of city employees, and tabled an ordinance to move the $170 Million Bayfront Redevelopment Bond to the Jersey City Redevelopment Agency.

Inclusionary Zoning Ordinance Amended After Being Struck Down by Courts

The council voted 8–0 to introduce an amended Inclusionary Zoning Ordinance that, if passed, would require developers of residential housing projects with a minimum of 15 units to set aside 10 to 20 percent of the units as “affordable.” The percentage would vary depending on two factors: the median household income in the development’s area and whether or not the developer had received any tax abatements or credits for the project.

Outgoing Councilman-at-large Rolando Lavarro, who has long called for tougher such requirements, abstained from the vote.

The previous ordinance of 2019, which Lavarro and Councilman James Solomon had voted against, was successfully challenged in court this August by the Fair Share Housing Center because it had not been referred to the city’s Planning Board.

Lavarro attempted to introduce an amended ordinance in September, but the council struck it down. In abstaining from this latest ordinance, Lavarro said, “While I think this is a significant improvement over what was previously adopted, and this comes closer to some of the amendments I had introduced, there are questions that still remain for me.”

Lavarro questioned why the minimum required percentage of affordable units in the city’s more affluent neighborhoods, set for 15 percent was not even higher. He also pushed back against giving leeway to developers. “If we let a developer choose between tax incentives and affordable housing versus no tax incentives and market rates, they will always choose market rates.”

Lavarro said he would ask for answers to his specific questions in writing from planning officials and the administration. “I am going to reach out to activists and members of the community, so I am going to abstain pending their feedback.”

An ordinance of the city of Jersey City providing for a special $10 million emergency appropriation to pay for contractually required severance liabilities resulting from the layoff or retirement of city employees was adopted 7–2, with Councilmen Solomon and Lavarro voting “no.”

Solomon said, “When we use our power to bond for these accumulated absences, we are just kicking the can down the road.”

And Lavarro concurred: “I am dubious that we have managed our budgets well … I don’t think it is prudent to be bonding just to compound our bad financial decision making.”

Earlier this month, the City Council voted to introduce an ordinance to move the $170 Million Bayfront Redevelopment Bond to the Jersey City Redevelopment Agency in an effort, the city said, to obtain “the most advantageous interest rates with respect to the bonds.”

The Bayfront Redevelopment Bond was issued in 2018 to finance the massive project; the intent was for Jersey City to sell the land to redevelopers before the first bond payments came due. The the city has received several “successful” bids for different parts of the property, but no sales have yet been completed. The first payments are due next month.

At Monday’s meeting, Councilman-at-large Lavarro was still waiting for the additional information on the successful bids that he had requested at the last council meeting. “I was told those proposals were made confidential. Has a redevelopment agreement been put in place since the last meeting?” he asked.

The ordinance, which was set to be voted on Monday night, was tabled because it had not been approved by the “local finance board,” according to City Clerk Sean Gallagher. John Metro, the city’s business administrator, sought to assure the council that such approval would be forthcoming.

School Board Votes to Raise Teacher Pay
Scroll to top