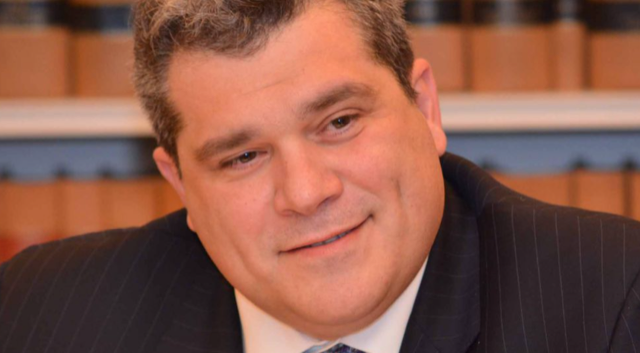 Assemblyman Nicholas Chiaravalloti, announced today that he will not stand for reelection in November.

First elected to the seat in 2016, Chiaravolloti learned in February that Bayonne Mayor Jimmy Davis was pulling his support in favor of shipping container crane operator and political newcomer William B. Sampson IV. The change also meant that Sampson would replace Chiaravalloti on the vertical ballot line headed up by Governor Murphy.

Acknowledging the difficulty of running in what is often called “ballot Siberia,” Chiaravalloti wrote today, “In reviewing my options, I considered running off the line. The task of winning off the line is daunting in a normal year; however, running against the HCDO this year would mean running against Governor Phil Murphy. I believe the power of the line and the popularity of Governor Murphy would make it impossible to compete successfully.”

“I was informed by Chairwoman DeGise that because of an archaic deal made decades ago, she feels obligated to support Mayor James Davis’ pick for the Assembly.”

New Jersey is, according to experts, the only state that uses such a ballot design. A lawsuit is pending in the United States District Court in Newark to declare “the line” illegal as a violation of the First and Fourteenth Amendments to the U.S. Constitution and the Civil Rights Act.

Superintendent’s Decision to Delay Reopening Criticized by Many

To Protest and Thanks, Walker Explains Delay in Public School Reopening
Scroll to top