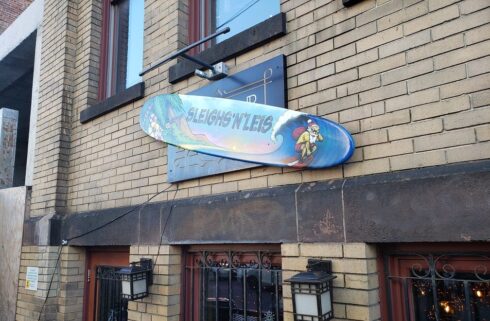 Make your way into Cellar 335 at any point in the year and you’re bound to see a difference in several variations of tiki vibe: During the holidays a sign outside will say “sleighs and leighs,” and the interior will be decked with all the boughs of holly people expect during the holidays; during the summer the vibrant smells and flavors of cocktails that you’d enjoy while sitting on a beach in Honolulu fill the space. However, no matter what time of year hungry and thirsty customers come to the restaurant, the one thing that they can rely on is an experience. 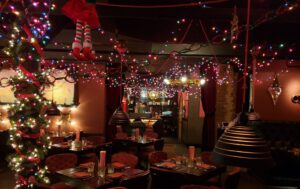 “It’s the name of the game for us. It’s what we strive for, and it’s what keeps us moving in the right direction for the way that we go about our business,” said Jaime Knott, executive chef and co-owner of Cellar. “I don’t really think we’ve even hit our stride yet, and in order to really hit our best we have to keep working to make people come and bring more people. That all starts with the way you’re treated here.”

While Knott might not believe that Cellar has “hit its stride,” professional critics and everyday diners disagree. New Jersey Monthly recently named the tiki bar, which opened in 2016 and is located below White Eagle Hall on Newark Ave., one of the “The 30 best restaurants in New Jersey for 2019,” and Yelp lists it as one of the “top 12 best tiki bars in the U.S.A.”

According to Knott, the idea for Cellar 335 started with a few drinks between him and co-owner Robert “Bob” Palmer. At first, it seemed like a unique venture. Not many people were bold enough to consider putting a tiki bar in the middle of a major metropolis. Furthermore, the location was in an area that did not get that much foot traffic when they purchased the spot.

Additionally, for a chef who had made his name in the fine dining industry (as the owner and chef of Saddle River Inn), going from offering foie gras and venison to chicken wings and bao buns brought challenges.

“I’ve worked in a ton of restaurants in a ton of different positions, but the fact remains that if you make good food people want to eat it. The only problem is that in fine dining you get you know what you are going to see price wise. Here, if I offer chicken wings, people want 20 of them, but they want them for half the price, and I don’t want to diminish the quality,” said Knott. “We try and find a way to give everyone the flavors and ingredients that work because our food needs to speak for itself.”

So, why then put yourself in a position where experience with a formal restaurant could conflict with a more casual spot?

“He loves this style of food, and I think he really loves the idea of creating these flavor profiles for a different audience,” said Peter “Tiki Pete” Arnone, the director of operations (and master drink maker) at Cellar.

Knott’s flavors fit into the Asian fusion category, but his menu is unique. The chef’s dishes include Udon chicken noodle, Wagyu sirloin, and avocado fried rice. All the food is locally sourced and delivered fresh.

“I’m not exaggerating when I say we have a guy for everything,” joked Knott. “I legitimately have someone I call up for bean sprouts. I call him our ‘sprout guy,’ and I’ll send him photos of some sprouts if I don’t think they’re looking as good as I want them.” 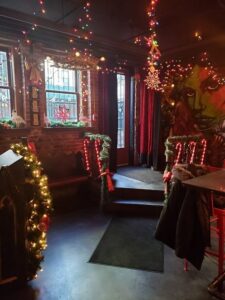 While the food at Cellar is sure to keep you in your seat, make no mistake, the MVP of the whole experience is one thing and one thing only: the drinks. Cellar 335’s vast selection of cocktails evokes the scene in Willy Wonka’s Chocolate Factory in which (name of characters) enter the “world of imagination.” With over 300 different combinations of cocktails, it takes several trips just to find out which ones might be your favorite. (Might I recommend Tiki Pete’s Mah Tai? It just finished seventh in an international Mah Tai competition in Hawaii.)

“Between our normal drink menu, our secret menu, and our seasonal cocktail menu we’re bringing the fire when it comes to what people can order when they come,” said Arnone. “Hopefully someone comes the first time, tries a few and then realizes there’s a vast number of possibilities. Maybe someone around them asks for the secret menu, and then they get curious or they realize that we have different cocktails for every season, so they come to ‘sleighs ‘n’ leighs’ or our summer events. We also try and do a ton of local events with liquor distributors, so we always have something new.”

Ordering the drink of your choice also comes with its own adventure as different Cellar cocktails come in different tiki mugs. Perhaps you’ll be given your own mug shaped like an Easter Island head, or a copper mug in the form of a pineapple or your own miniature boat filled with booze.

Arnone explains, “I knew I always wanted cool mugs for the spot, so at first I just ordered a bunch on Amazon. The problem was after a while other bars in Jersey City started getting mugs like ours, so I knew that I had to go a step further.  I had been in contact with a lot of people who loved the tiki culture, and one guy made custom mugs. Him and I went through this really arduous process of designing and building these mugs until we were both satisfied and had a bunch of mugs like what we’ve never had before. Now we have one for different drinks and different seasons.”

Tiki Pete’s original mug dilemma exemplifies a conundrum facing other restaurants in the area so many refer to as “restaurant row”: With so many restaurants between the Grove Street Path and Cellar 335, how can a restaurant attract customers if there are other places doing similar things?

“We have really ramped up our presence on social media, but truthfully we’re confident in our ability,” said Knott. “When we first got wind of Talde opening up off of Newark Ave., we all kind of looked at each other like “uh, oh,” but then after we went there, we realized that they were nothing like us. Fast forward to now, and they’re closed.”

“Hospitality is honestly something we preach as much as anything, too, both for our customers and for our staff,” noted Arnone. “For the customers that come here, we are so trained to make sure they walk out of here and realize that they should tell a friend who tells a friend. As for our staff, you don’t just walk in and say “I want to be a mixologist.” I’d never hire someone like that. Instead we start people as bar backs, and they become bartenders; bussers become servers; or servers become bartenders. When you get a group that really gels, you can do amazing things.”

So, then what’s in store for a spot that still doesn’t believe it has hit its stride?

“I’m hoping one day we could maybe tap into the heart of this place and open up a location on a beach somewhere. Get down to serving people these really impressive cocktails and dishes that are from the “tropical” personality,” said Knott. “We’re going to keep grinding here and hoping to get more people to come by every night. What comes next is always what is most exciting.” 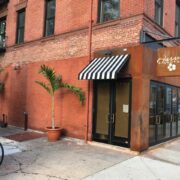 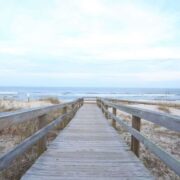 Jersey Shore Towns Begin to Open Up — Cautiously: How Ready Are They? 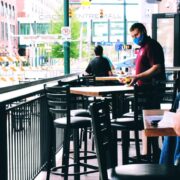 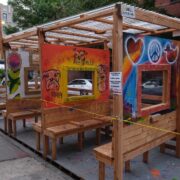 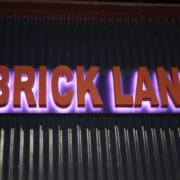