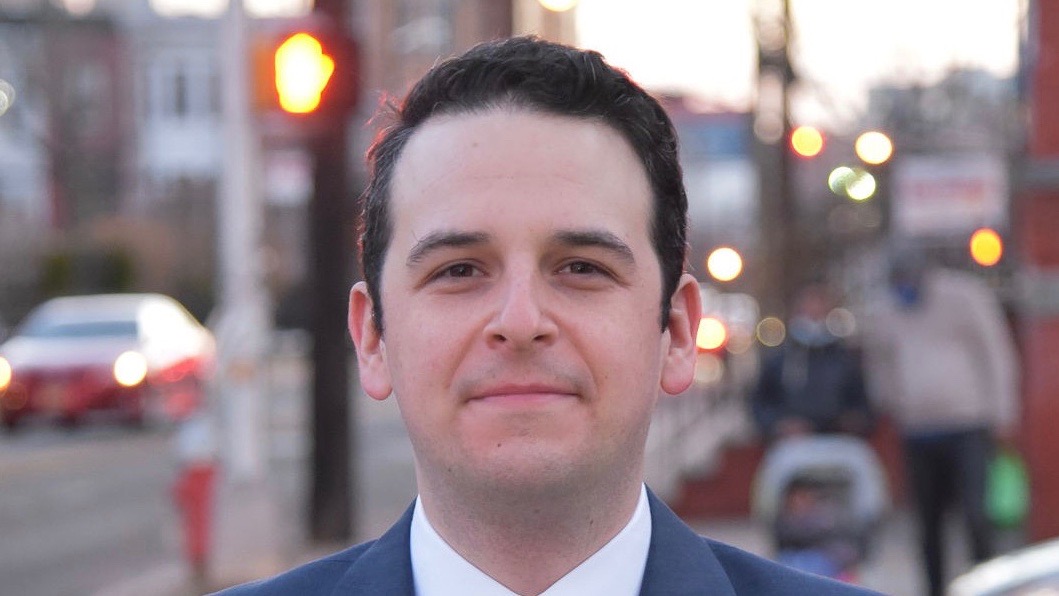 Two weeks ago, Journal Square resident Kevin Bing announced his candidacy for the Ward C city council seat currently held by Richard Boggiano. We sat down with Bing to find out why he’s running and what he hopes to accomplish. Here are the edited highlights.

JCT: What do you believe that your qualifications are to be Ward C councilperson?

KB: I’ve lived in Journal Square since 2014. Ever since I moved to Journal Square I’ve spent a lot of time volunteering, serving on non-profit boards, and I was recently the president of the Journal Square Community Association where I was one of the founding trustees.

JCT: Why do you think Rich Boggiano should be replaced?

KB: I’m not trying to run against anyone. I’m running for the people of Ward C and the issues that I think can benefit them. I have a lot of respect for Councilperson Boggiano. He’s been part of the community for a long time, and he’s focused on doing what he thinks is best. We’ve had real policy disagreements, and I know plenty of voters who are ready for a change. I know he stood in the way of street-safety policies that could save lives. We’ve seen a lot of development without appropriate community benefits, specifically the lack of affordable housing. And so I think there’s a real opportunity for change and to deliver on solutions that people are looking for and that you can only do with a change of council seat.

JCT: What do you think the administration is doing right, and what is it doing wrong?

KB: There’s a lot of good that the administration is doing. I would applaud the mayor on the recent announcement around the Loew’s. The Loew’s is a gem. Grove Street has had a good run of it for a while, but Journal Square is Downtown Jersey City, and I think the Loew’s is an important component there. They seem to have a good partner in Devil’s Arena Entertainment, and obviously they’ve brought the Friends of the Loew’s to the table, and I think that’s really important.

I also think that you want a councilperson who is independent, who is accountable just to the voters of Ward C, so that you can make sure that these projects are getting done and that they’re getting done right. If the community brings a concern to me, there’s going to be a very simple political calculus. I’m going to do what I think is best. I’m going to speak up where I need to speak up. I’m going to call out problems where I see them, and I’m going to offer solutions.

JCT: What do you think the administration is doing wrong?

KB: I think there are a lot of places where we need to see improvement. I think on Vision Zero the mayor set an aggressive goal of reaching zero traffic deaths and zero serious injuries. I think if we’re going to hit that goal, there needs to be a big push. We need to get more aggressive in rolling out street-safety policies and new street redesigns. I think on affordable housing we’re not doing enough. What’s happening now is not working. There is a housing crisis that was there before COVID and will be there after COVID. We need to take structural steps to remedy that.

JCT: What would be your top five priorities if you get elected?

KB: There are a few issues people know me for.  Street safety, affordable housing, progressive values and quality of life issues. But I don’t want to list what my top five are. I’m currently engaged in a series of listening sessions with the members of the community, so I have my ideas that I bring to the table. But the campaign is about more than just me. So I want to hold those sessions and get that feedback. Over the summer you’ll see us roll out a strong platform.

JCT: What do you think about property taxes? Are they too low, too high, or just about right?

KB: (Laughs) I don’t think I’m going to pick one of those options. The city’s budget needs to be balanced. There’s only so much of a burden that you can put on small homeowners. At the same time you have a system of abatements that not only changes the way our property taxes are structured, but it’s a system that needs to be audited and maintained to make sure that people are paying their fair share. We’ve seen the payroll tax come in, and that’s changing our finances. And also, as the city grows and new projects come online, you also see the tax base growing there.

So, the city has needs. I think that we need a tax base that covers those needs. But I have no proposals that go further than that right now.

KB: I don’t have any specific proposals there.

JCT: What are your views on public safety and policing?

KB: I think accountability is key. I’ve listened to a lot of leaders around the city, and that seems to be the issue that keeps coming up: the ability to build a layer of accountability into the system that will increase trust between the community and the police. I think a big part of that is the Civilian Complaint Review Board. I’m in full support of the proposal that was put before the council, and I want to see that it gets done.

KB: I’ve only been fundraising for one week. It’s been one hundred percent grassroots. It’s been neighbors and friends who believe in me and believe in what the campaign can do. That’s where I’m going to be focusing all of my efforts from here until November.

Regarding developers, there are good actors and bad actors in the real estate community. I think everyone should be judged off of their work and their qualities as a responsible neighbor in the community. No one should be judged based on campaign donations.  We’re going to look at every donation that comes in to make sure that we know where the money’s coming from.

JCT: Is there anything you want to touch on that I haven’t asked you about?

KB: Yeah, I’d like to touch a little more on the job of the city council person. I think a councilperson is a representative of a community. And you want to make sure that there’s someone there who has the judgment and reflects the values of the community they’re supposed to represent. In addition to that, you need someone who can deliver on a solution.

So often, we’ve seen council-people or other leaders who are content to point the finger at problems but throw their hands up when it’s time for a solution. I think that finding solutions to our problems isn’t that hard. Through my experience as an organizer and as a community leader there’s a lot of solutions out there. You just have to be willing to listen and bring people into the room and give them a seat at the table.  And that’s what I plan to do with my campaign: not just give people a seat at the table but have them lead right along with me.

The best thing I can do is empower others, empower people who haven’t had a voice.

JCT: You work at your family business? What does your business do?

JCT: What do you make?

KB: I’d rather not discuss the business in a political context.

JCT: How does being a businessperson inform being a council person?

KB: I know what it’s like to run a small business. Going through COVID has been one of the biggest challenges of my professional life. We’ve been open the whole time.

A big constituency are the businesspeople; the small shop owners in the community. I know what that experience is like. I know what it means to balance a budget or make sure that payroll is ready at the end of the week.

Through COVID you see people struggling, and I plan to be a helping hand as somebody who knows what it takes to run a family business.

My business is not political. It isn’t tied up in public contracting, and I plan to keep it that way.

JCT: What is your educational background?

KB: I have a bachelor’s in economics.

JCT: And where did you grow up?

JCT: And how’d you end up here?

KB: Jersey City is the best city in the world.  I first moved here in 2010. I lived on Ocean Avenue, then I moved Downtown. I left for a few years and came back in 2014, and I’ve lived in Journal Square that entire time.

JCT: One last thing. On the issue of “eliminating the line,” [redesigning ballots so that candidates are grouped by the office they seek rather than as part of a team with the official party endorsement] why do you think it’s important?

KB: The county line is a complete aberration. It only exists in New Jersey. The rest of the country has done away with it because it’s unfair and unjust. Political bosses should not get to pick who goes on the ballot.

If you look at the primary for the general election, you had the HCDO [Hudson County Democratic Organization] slate bracketed under Joe Biden. I am fairly certain that Joe Biden did not directly endorse the county commissioner candidates in Hudson County. However, the way the ballot’s designed, it shows the voter the implied endorsement. Meanwhile, the other candidates who are running in a primary who may be more progressive, they’re bracketed off in what’s called “ballot Siberia.” Then you have the Hudson County Democratic Party running posters that say “Stop Trump, Vote Column A.” But it’s a Democratic primary. We’re all opposed to Trump. It’s totally unfair.