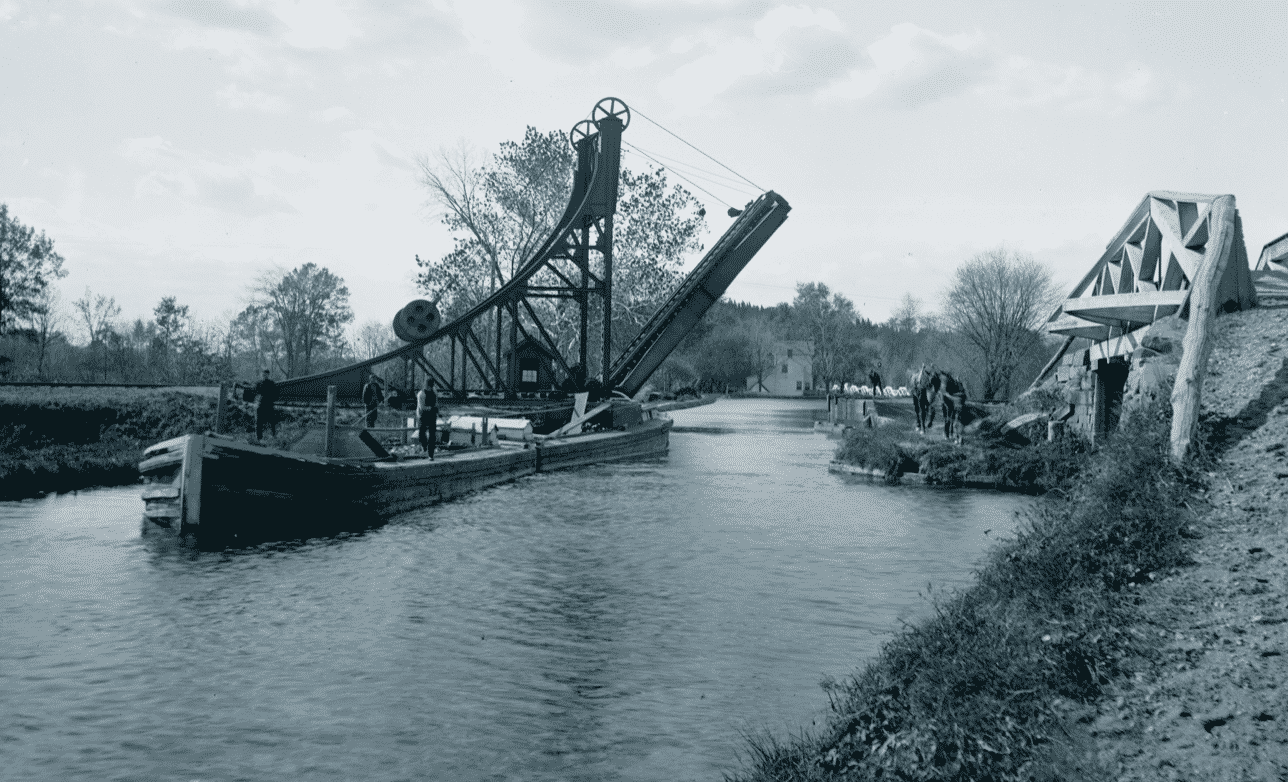 The project would be the final link in what historians, environmentalists and government planners envision as the Morris Canal Greenway, a continuous pedestrian and bicycle route that would follow the path of the former historic waterway.

That path would extend more than 100 miles—close to 70 miles of off-road trails and 41 miles of on-road or road-side trails—through six New Jersey counties stretching from Phillipsburg in Warren County to Jersey City in Hudson County.

Beginning in 1831, barges on the canal hauled coal and various other products that fueled the Industrial Revolution. The canal, which featured 23 locks and 23 inclined planes, continued in service until 1924 when railroads supplanted water trafficking of cargo. Canal properties were sold to municipalities and private owners.

In recognition of the key role it played in American transportation, the Morris Canal District was placed on the state and federal registers of historic places in the early 1970s.

In 2005, the Morris Land Conservancy and Canal Society of New Jersey set in motion plans for the Greenway by identifying canal properties for preservation. Thereafter, county and state governments began funding plans and studies to implement the proposal. To date, nearly 40 miles of the greenway have been built. 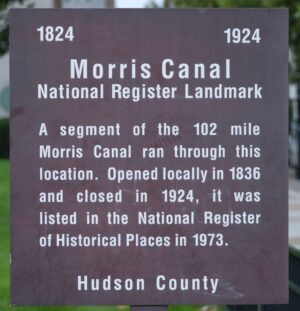 The city has received a $3.5 million state department of transportation grant for the first phase of the project. It also got $800,000 from the U.S. Environmental Protection Agency to clean up certain areas. Lighting and street cameras will figure in the final design. Work is expected to begin in Spring 2021.

Part of the project’s complexity involves the design of 10-foot-wide bike paths along streets in residential neighborhoods where curbside parking is frequently at a premium. City aides are reviewing different options for configuring dimensions of those pathways as they intersect those neighborhoods.

When the city provided a recent greenway update in a public Zoom presentation, several residents of Princeton Avenue in Greenville voiced fears that the proposed special lanes between Brown Place and Winfield Avenue for walkers and bikers would displace needed parking spaces on the block.

“Biking and walking are great,” said Andrea Spencer, “but those plans shouldn’t be to the detriment of people who live in the neighborhood already. I need my car too.”

Even more emphatic was resident Pam Johnson, who said, “Biking isn’t the answer. We have lots of seniors and retirees who don’t bike who enjoy gathering on our block. We don’t necessarily want to see [strangers] gathering on Princeton. You need to be careful.”

Ward A Councilwoman Denise Ridley said the city recently designated residential permit parking for the area next to the Light Rail station at Princeton and Danforth Avenues to try to save spaces for residents frustrated by people who park there, take the train “and leave their cars there all day.”

For that reason, she said, “I would not favor removing parking spaces” to clear the way for the proposed bikeways.

Other portions of the greenway pose similar threats to neighborhood curbside parking.

To ensure full public participation in the decision-making process, Ward F Councilman Jermaine Robinson said, “We should give all affected neighborhoods advance notice which parking spaces will be impacted because parking is the biggest concern in this city. And the sooner, the better—definitely before it gets to the construction stage.”

One resident excited about the prospect of the greenway’s coming to fruition is Patrick Conlon, president of Bike JC, a nonprofit advocacy group for bicycling. “People will enjoy having this space available to exercise,” he said. And, he suggested, in neighborhoods where bike lanes are located, “property values may benefit.”

In response to questions about the project’s design, time table, projected usage, and cost to the city, mayoral spokesperson Kimberly Wallace-Scalcione said:

“There will be sufficient room to accommodate pedestrians, bicyclists, and the like.  The design of the bikeways depends on each individual street. We expect segments to be paid by the grants.  Plans are still being finalized, but we fully expect the Greenway to be widely utilized as this is a great way to expand opportunities for our residents and all those uniquely connected across the state by the Greenway.”

For other recent news about public parking in Jersey City, readers can visit this Jersey City Times article.

Editorial: A Teachable Moment For TECCS