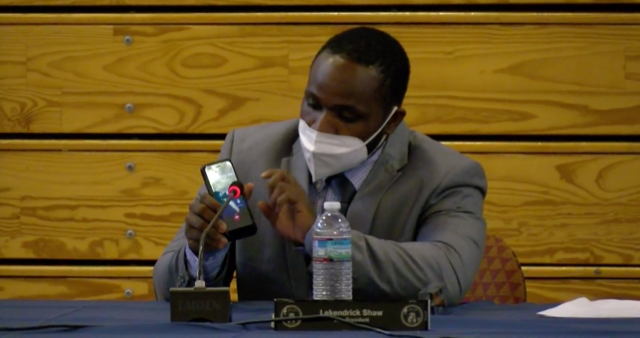 With the Jersey City Board of Education nearing a vote on the 2021-2022 school budget, board trustees continue to discuss funding options with members of the city council. Representatives of the two governing bodies met for the second time Tuesday, while members of the public expressed skepticism in comments on the livestreamed session.

At the meeting, Board President Mussab Ali said he thinks school funding is the most important issue facing the city over the next three years.

At the board’s public budget hearing the day before the joint meeting, Superintendent of Schools Franklin Walker presented a $814,051,708 budget he said is the closest the district would come to full funding in more than 10 years.

Ali said the board will vote on this budget next week. The budget calendar lists May 10 as the public hearing on budget adoption and May 14 as the last day to adopt the budget.

In addition to state aid cuts and a reduced fund balance carryover due to reopening schools for in-person learning, Walker said the district is dealing with uncertainty in the amount of payroll tax it will receive from the city.

Since 2019, a 1% payroll tax has been imposed on non-Jersey City residents’ employers to benefit the public schools. The budget hedges the $86 million it is owed in payroll taxes, but the city has only certified $65 million for the schools to use in 2021-22.

“Whether this payroll tax is ultimately $65 million or $86 million or somewhere in between, only time will tell,” Walker said. 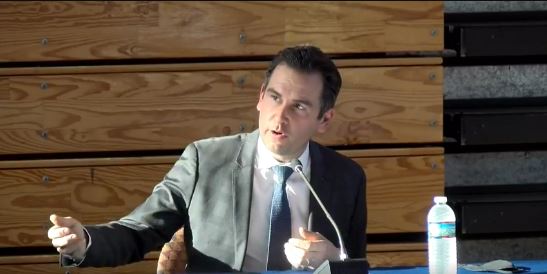 Mayor Steven Fulop was the first from the city to speak at Tuesday’s joint meeting, and payroll tax was the first topic he addressed.

Fulop said due to a legislative flaw, the city and school board were “given no tools in order to enforce the legislation.”

“For all intensive purposes, the payroll tax is an optional tax for people to pay,” he said, adding the amount paid is from the largest employers in Jersey City voluntarily paying to avoid being shamed.

At the joint session, members of the operations, finance and legislative subcommittees broke into working groups.

Ali, who is on the legislative subcommittee, said solutions were discussed to make up for a potential $250 million loss in aid to the district over the next three years through the state’s S-2 legislation. In addition payroll tax issues, the committee discussed a commercial occupancy or vacancy tax and a cannabis recreational tax.

The committee discussed reform to the S-2 legislation reform and the New Jersey Schools Development Authority, he said, noting, “we’ve approved tons of housing units all over the city, but at the same time, as an SDA district, we do not have the ability to bond and to build new schools. Our long range facilities plan has gone underfunded from the SDA to the tune of almost $1 billion over the last 10 years.”

City Council President Joyce Watterman said, “Assemblywoman [Angela] McKnight is listening and she wants us to know that she is doing everything she possibly can to try to get some relief.”

Board Vice President Lekendrick Shaw, who is on the finance subcommittee, said, “A good starting point would be to look at the city’s budget and also for the city to look at our budget.”

Commenters on the Facebook livestream bristled at comments like this, fearing city control over the school budget.

“If Fulop gets his hands on the funds watch how lower income kids will suffer even more,” commented Tatiana Martin. “They’ll cut more funding from schools to shift to his little arts and gentrification projects downtown. The schools downtown will get the bulk of the funding and our children will be left in the dirt.”

“Clearly there are millions of dollars coming down the pipe from these pandemic bills! The city wants to get their grubby dirty hands on it; and when I say city; I mean Fulop! Board members you will not be forgiven for this sellout, this betrayal!,” Liz Perry commented.

As the joint subcommittees continued to meet, Councilman-at-Large Rolando Lavarro asked that note-taking staff be assigned and urged minutes be shared with the public.

“In order for us to be aligned, we have to have alignment on goals,” Lavarro said.

“Hopefully our committees will continue to talk to each other so that we’re in alignment on those goals.”