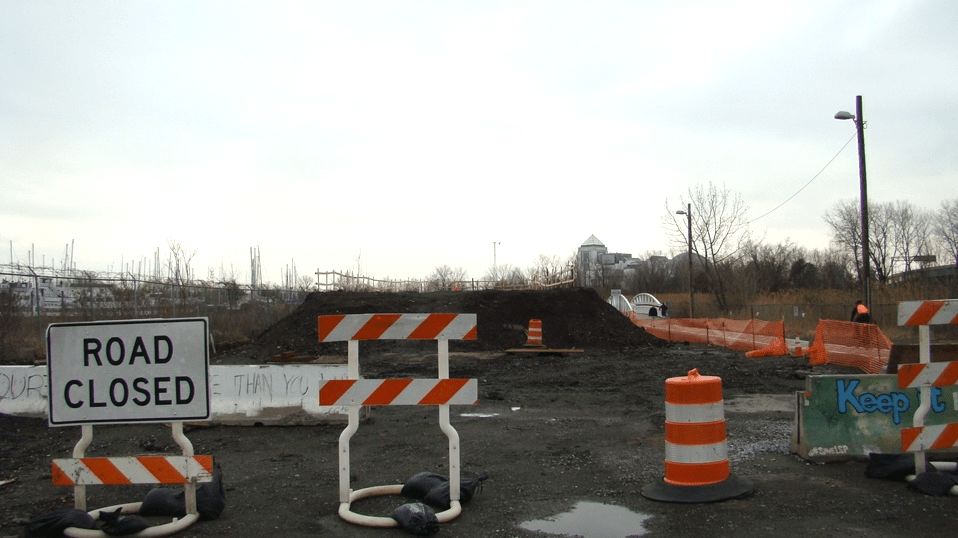 By the end of 2021, Jersey Avenue traffic will have a neat little shortcut to Liberty State Park thanks to the Jersey Avenue bridge and roadway that is now under construction just south of the Jersey City Medical Center. Or so it seems.

Under the jurisdiction of the New Jersey Turnpike Authority (NJTA), building of the Jersey Avenue Bridge began in August 2019, and according to Tom Feeney, spokesman for the NJTA, is on schedule to be completed by late 2021. 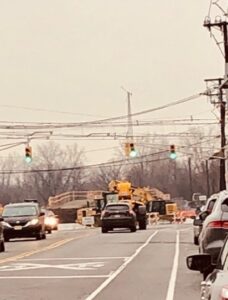 Looking south towards the new bridge to Liberty State Park

But construction has been on again, off again. Jersey City Times visited the site three times in March, and all three times it was quiet. No crew was working on either side of the Morris Canal; there were two huge mounds of packed earth where the bridge will be, but no backhoe or excavator was in sight.

In early April, workers were back on the job. Several calls to Feeney to clarify why construction had paused went unanswered.

When completed, the Jersey Avenue Bridge will feature one lane for southbound drivers and one for northbound traffic and will allow park-goers to drive over the Morris Canal and onto a connecting roadway that will lead them into and out of the park. The bridge and roadway will also have bike and pedestrian lanes.

When Liberty State Park opened in 1976, the only way to get there from Jersey Avenue was by foot, bicycle or scooter. These days, many Downtown walkers and cyclists take the Ethel Pesin Liberty Footbridge, named in honor of the Jersey City resident who, together with her husband, Morris Pesin, advocated tirelessly for Liberty State Park for decades and who passed away in 2013.

Header:  In March, a ghost crew at the Jersey Avenue Bridge construction site, all photos by Sally Deering

State Distributes ‘Triage Guidelines’ to Allocate Medical Resources If No...
Scroll to top