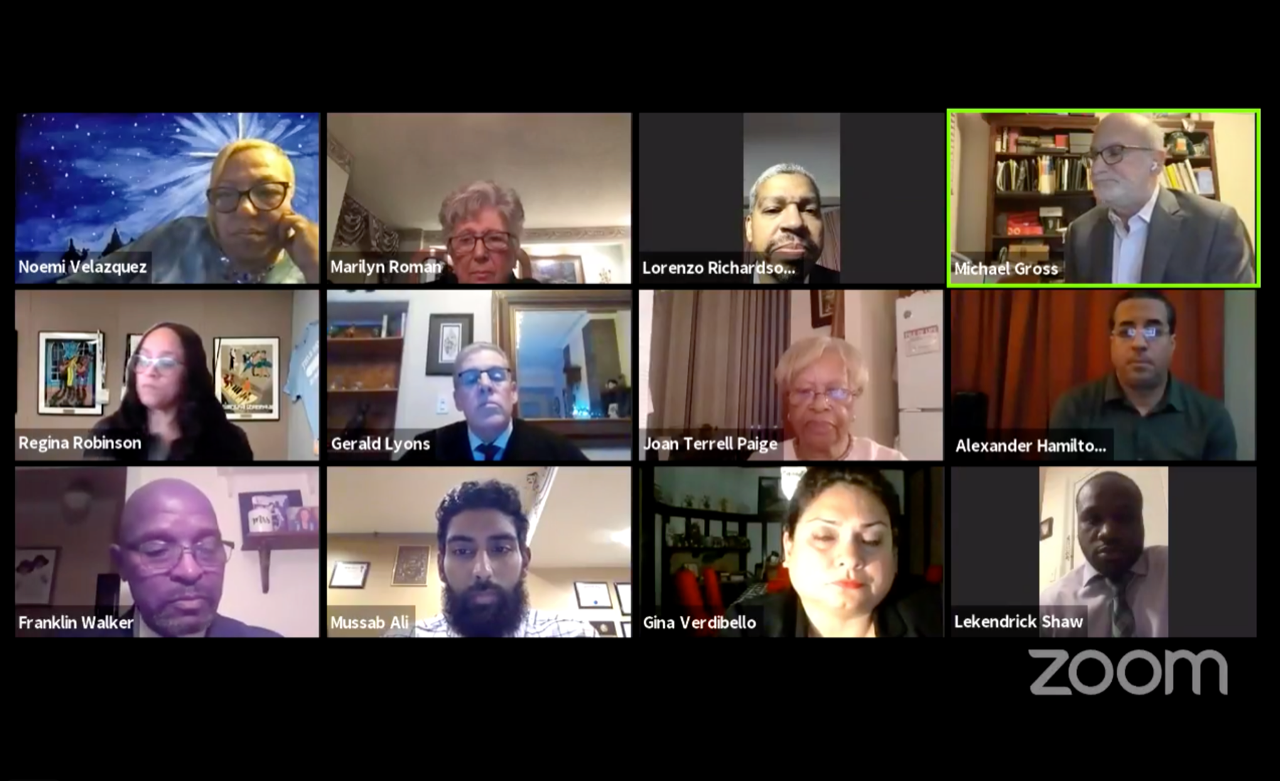 The man who called himself the “youngest elected Muslim in America” after winning a seat on the Jersey City Board of Education in 2017 now heads up that body.

At its annual reorganization meeting held last night, Mussab Ali edged out incumbent Lorenzo Richardson by a 5–4 vote to gain the presidency of the school board.

Lekendrick Shaw, who ran on the same slate with Richardson in last year’s BOE election, took over as vice president, turning aside challenges by the current vice president Gina Verdibello and by Noemi Velazquez.

Ali and Richardson had been on opposing sides on several key issues on how best to deal with the impact of the COVID-19 pandemic on city schools and on relations with the city administration.

Two members of the public who spoke after the board’s actions expressed their displeasure with the results.

Monique Andrews interpreted the vote to mean that Mayor Steven Fulop “now has control of the board,” adding that “taxpayers and the [city teachers’] union are in jeopardy … Politics is still here. Everybody is just trying to move up the ladder, and no one cares about our kids.”

Charles Balcer griped, “To have [Richardson] tossed aside leaves the board in uncharted waters. It’s a sad commentary.”

But after the reorganization voting, Richardson and Ali pledged to work together for the betterment of the local district and its approximately 30,000 students.

Richardson, a Ferris High School graduate who got an accounting degree from St. Peter’s College, said 2020 “has been a difficult year” for the district.  A youth mentor, Richardson added that “God saw us through it. We hope that in 2021 we can move the district forward.”

Ali, who heads the city’s Immigration Affairs Commission, is a McNair Academic High School alum and a Phi Beta Kappa graduate of Rutgers University in Newark where he led the Muslim Students Association. He is working to develop a non-profit to train grassroots leaders of the future.

Acknowledging that he and his colleagues face tough times ahead given state school budget cuts, Ali said he hoped that with the ultimate distribution of COVID vaccines, “by the end of the year, we can see kids back in schools.”

Board members and the public may gain more insight into how learning will proceed when the board next convenes on Jan. 21. Franklin Walker, the district’s superintendent of schools, said he expected to share more details on that topic at that time. Since the pandemic hit, public school students have received virtual instruction.

Factions on the board have debated whether to reopen schools now or to wait until the district could adequately clean and ventilate classrooms and ensure that students would be re-entering a safe and secure school building.

Acknowledging that board members “don’t always get along, and that’s okay,” trustee Alexander Hamilton said, “Yeah, [our] leadership has changed, but we’ve worked together before.” Now, he said, “we need to work in a civilized way to make sure kids are our number one priority. It’s good to see two guys from the local school system as board officers …. Let’s put a smile on our face and get behind them.”

The Board also heard public comments from Mary Cruz, who congratulated Ali and Shaw and urged board members to unite to develop a strategy to “close the gap on student performance, which has been getting wider” since the onset of the pandemic; and from Robert Knapp, who lauded Superintendent Walker for “balancing the budget without a single layoff,” for re-launching, with New Jersey City University, the special needs program based at the A. Harry Moore School, and for securing free Wi-Fi hotspots and thousands of meals for children in need.

Following the public remarks, the board participated in a training session conducted by Charlene Peterson, a field representative of the N.J. School Boards Association, who reminded the trustees that their road to success depends on working together as a team. She added that their power derives not from the community that elected them, but from the legislature, and that it falls to the superintendent, not the board members, to run the schools; they should hold him accountable for the outcome.