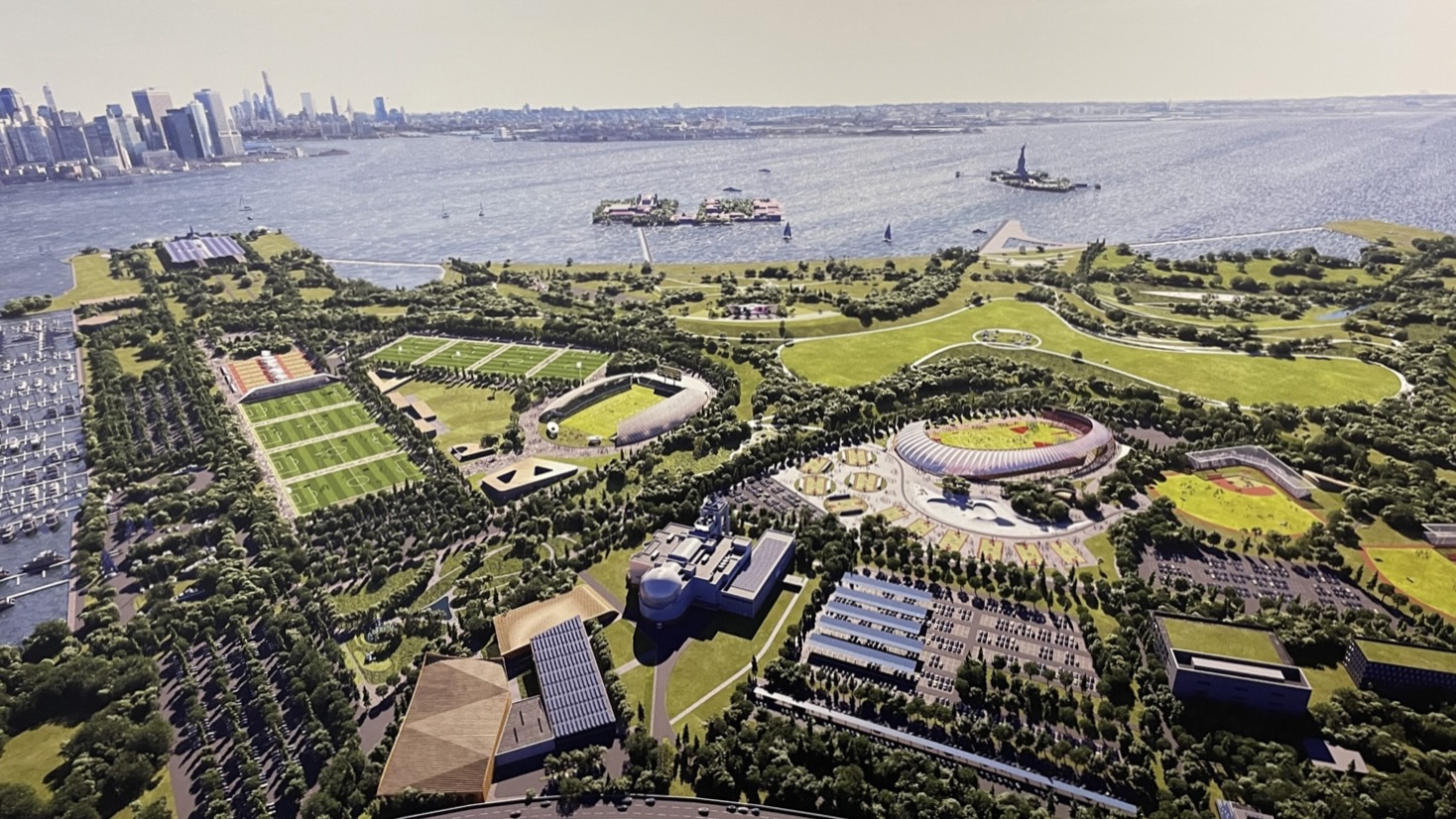 For decades, preservationists have fought efforts to privatize Liberty State Park and did so yet again Wednesday, when one issued a warning to lawmakers who convened to mull a fast-tracked bill that would open New Jersey’s busiest state park up to development.

If they advanced the legislation without heeding critics’ concerns, Jersey City Councilman James Solomon cautioned at a public hearing in Trenton, “you will confirm our most cynical fears that a billionaire’s one voice is more powerful than tens of thousands of residents in Jersey City and New Jersey.”

But members of the Assembly’s state and local government committee unanimously advanced the bill anyway, after hearing from a steady stream of critics who accused politically connected billionaire Paul Fireman of orchestrating the bill. Fireman has tried repeatedly in recent years to expand his adjacent luxury golf course into the 1,200-acre park.

The controversial bill has flown unusually fast through the Legislature since Sen. Brian Stack (D-Hudson) introduced it June 7. Assemblywoman Angela McKnight (D-Hudson) put forth an Assembly version June 16 and it looks headed for a final vote next week.

Its pace toward passage prompted environmentalist Jeff Tittel to complain: “Instead of parks for all, they want to make it parks for Paul.”

Fireman, who didn’t attend the hearing, couldn’t be reached for comment.

Wednesday’s vote came after a two-hour public hearing on the bill — and a week after a Senate panel also unanimously advanced it.

“We’re just doing it for recreation,” Stack told the New Jersey Monitor earlier this week. “There’s no hidden agenda here. Not on my part, I can tell you that.”

At both hearings, critics and supporters united in their support of a few things the bill would require, including expanded transportation services to the park and a resiliency plan to protect the park from the rising sea levels and flooding.

Most also welcomed the planned addition of athletic fields and the remediation of a 235-acre area of contaminated parkland now fenced off from the public.

“It has to be a park for everybody,” said Hudson County Commissioner Jerry Walker, who testified in support of the bill. “We’re not for privatizing the park. We just want the park to reflect the whole community.”

That’s where the consensus ended.

The bill also would allocate $250 million to create and carry out a master plan for Liberty State Park. A Fireman-backed group called the People’s Park Foundation drafted its own plan that horrifies preservationists, a plan that includes a 150,000-square-foot community center, a 5,000-seat amphitheater/stadium for tournaments, and a 2,500-seat track and field facility.

Leaders from 11 environmental and progressive groups sent the Assembly panel a letter ahead of Wednesday’s hearing to ask for four amendments. They wanted a prohibition on large-scale commercialization, permanent protections for an environmentally fragile park peninsula where migratory birds nest, a 50-acre limit on new development for active recreation, and a detailed outline on how the $250 million would be spent.

“We strongly encourage members of the committee to make those changes to ensure that Liberty State Park is not sold off to the highest bidder,” Environment New Jersey Director Doug O’Malley testified.

But the Assembly panel adopted none of those amendments, without explanation.

After the hearing, Assemblyman Anthony Verrelli (D-Mercer), the committee’s chair, told the New Jersey Monitor he doesn’t know if he’ll act to move a competing bill that would restrict development at Liberty State Park, as environmentalists implored the committee to do. Sen. Bob Smith (D-Middlesex), who chairs the Senate committee that advanced Stack’s bill last week, said he would not advance the bill environmentalists favor.

The bills now go before the appropriations committees in their respective bodies, where amendments can still be made.

Critics vowed to now turn their attention to the governor.

“The governor is going to have to decide: Is he going to side with people who use the park or people who want to exploit the park?” Tittel said.