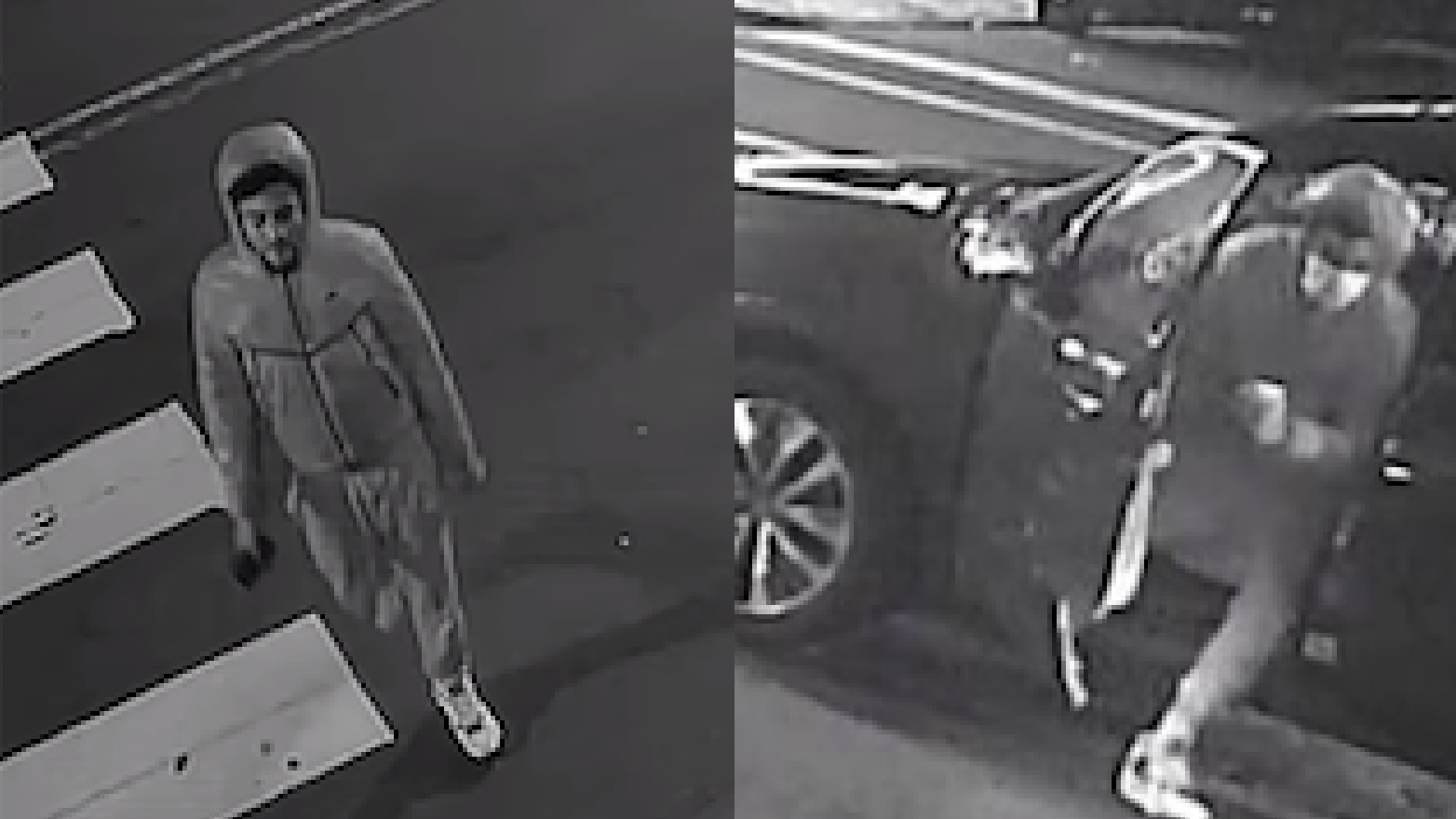 Authorities have released photos of a suspect in yesterday’s hit-and-run collision that left a man seriously injured.

According to the Hudson County Prosecutor’s Office, the 63 year-old man from Elizabeth was driving east on Roosevelt Avenue in his Toyota RAV4 at approximately 4:56 a.m. yesterday when his car was struck by a Chevrolet Camaro traveling North on West Side Avenue.

The Camaro had been stolen only moments before the crash. The driver fled on foot following the collision.

As depicted in the photos, the suspect is wearing a dark-colored hooded Nike track jacket with dark athletic pants tucked into a classic-style white high top sneaker. He has dark hair and visible facial hair in a goatee-style.

Prior to the initial vehicle theft, the suspect was seen operating a burgundy-colored 2013-2018 Acura RDX. The Acura appears to have a unique hitch-mounted bicycle rack at the rear of the vehicle. Investigators are also asking the public for assistance in finding this vehicle.

The driver of the RAV4 was taken by Emergency Medical Services to Jersey City Medical Center, where he remains in critical condition.

The Hudson County Regional Collision Investigation Unit and the Jersey City Police Department are actively investigating this incident. No arrests have been made at this time.

Anyone with information is asked to contact the Office of the Hudson County Prosecutor at 201-915-1345 or to leave an anonymous tip at: http://www.hudsoncountyprosecutorsofficenj.org/homicide-tip/. All information will be kept confidential.