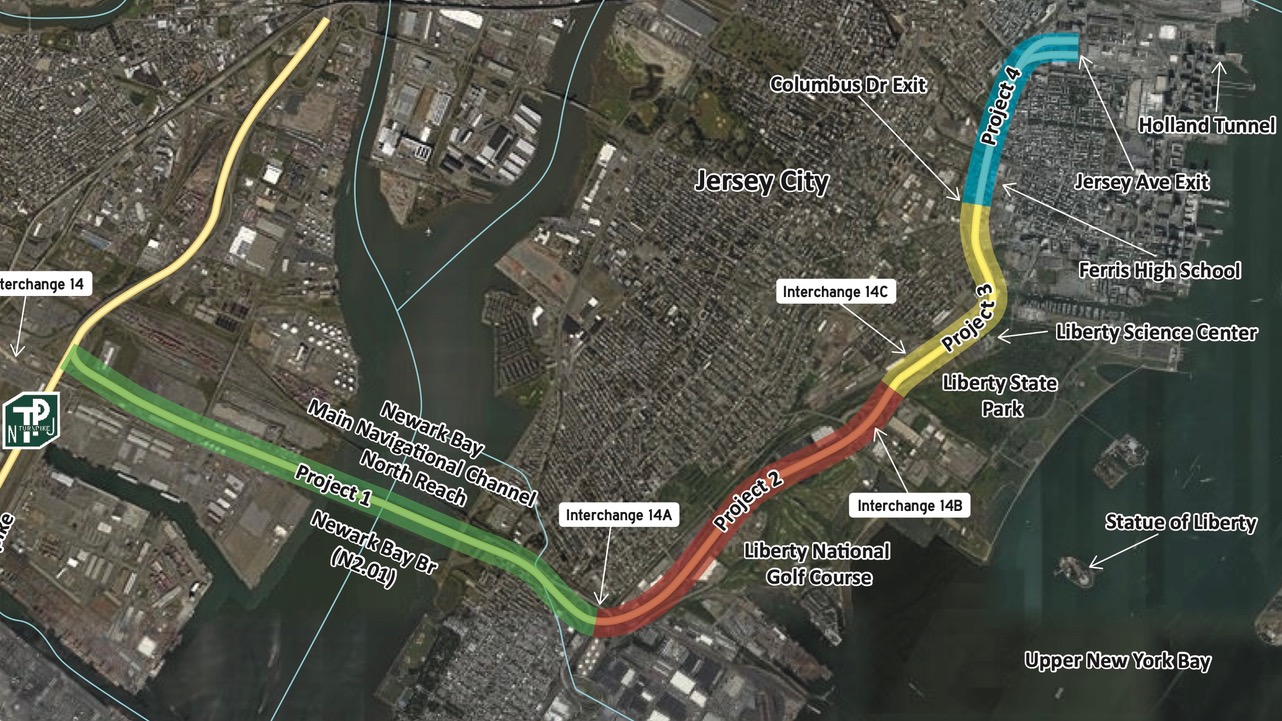 On either side of the Hudson River, state officials are attacking traffic congestion in polar opposite ways.

In New York City, state and city officials are moving forward with a plan intended to reduce the number of cars in one of the most traffic-congested cities in the nation by charging motorists as much as $23 to enter Manhattan below 60th Street.

In New Jersey, state officials attempting to ease congestion on the section of the New Jersey Turnpike that leads to the Holland Tunnel are backing the type of plan urban economists worldwide have said encourages more traffic: widening the roadway so more cars can fit on it.

The dueling plans come at a time when states are looking for ways to reduce pollution and harmful global warming gas emissions. Recently, California announced a plan to effectively require all new cars sold within the state to be zero-emission by 2035.

Activists say New York has the better plan for taking more cars off the road, while New Jersey is taking a “1950s approach.”

“If you build it, they will come — meaning more traffic,” said Jeff Tittel, former director of the New Jersey chapter of the Sierra Club and a longtime environmental activist. “All New Jersey is doing by widening the Turnpike is just creating a bigger parking lot going into the tunnel.”

The $4.7 billion Turnpike plan has yet to win final approval from the New Jersey Turnpike Authority, but it got a major boost recently when Gov. Phil Murphy gave it his blessing over howls of protests from environmental activists statewide and residents and officials in Hudson County.

The 8.1-mile stretch of the Turnpike runs from Exit 14 through Bayonne and Jersey City as it winds toward the Holland Tunnel entrance. Part of the plan would widen the roadway by adding up to two lanes of traffic in each direction.

“At its best, this is counterproductive, and at its worst, it actively harms people who live in those already overburdened communities by those roads,” said Alex Ambrose of progressive think tank New Jersey Policy Perspective.

The state should spend this money to fund NJ Transit and the Hudson-Bergen Light Rail in particular to encourage more people to use mass transportation, Ambrose said.

During a Tuesday interview on WNYC, Murphy suggested there will soon be a different reality on a widened Turnpike extension. In a few years, there will be increased train capacity going into New York City, a better bus terminal in Manhattan, and more electric cars on the road, all of which will lead to fewer drivers using the Turnpike to get into New York, he said.

“You’ll have a lot less idling, you’ll distribute the transportation reality, which right now is congested, to use a popular word, but they’re congested into the tunnels, and you’ll spread that out in a much more sensible way,” he said.

Tittel likened Murphy’s argument to ordering “a giant steak dinner and a banana split because next week I’m going to put Sweet ‘N Low in my coffee.”

As Murphy supports the Turnpike widening proposal, he has come out against New York’s congestion pricing plan — a toll between $9 and $23 to drive into the city’s central business district. The plan is expected to bring in $1 billion annually for the Metropolitan Transportation Authority, which runs the city’s subway and bus network.

Tiffany-Ann Taylor is vice president of transportation at the Regional Plan Association, an urban research and advocacy group that supports New York’s congestion pricing plan. It can be frustrating to feel like it costs more to move around the region, Taylor conceded, but she added, “not all trade-offs are financial.” Some, she said, are environmental.

The MTA estimates congesting pricing would cut total carbon dioxide emissions by a minimum of 0.08% across the region, including in North Jersey.

Beyond congestion pricing and the Turnpike expansion, policymakers should be weighing other ways to lessen traffic, including investments in bike paths and public transit, Taylor said.

“There is a benefit to the region for continued investment in infrastructure in and around New York City,” Taylor said. “Anyone who visits, whether it’s for work or for leisure or tourism, benefits from those investments.”

Taylor noted that New Jersey commuters wouldn’t be the only motorists affected by congesting pricing — taxi drivers and commuters from upstate New York and Long Island will also get hit with the new toll.

Murphy has likened congestion pricing to double taxation, and told WNYC it is being introduced too quickly.

“If we’re going to do something, let’s do it right, let’s do it at the right time, and let’s not screw people who are already paying a whole lot of money to get into New York City from New Jersey,” Murphy said.

Jimmy Lee, a Jersey City resident who spoke at the first of a series of MTA hearings on congestion pricing last week, said he worries about worsening air quality and drivers cutting through his city on their way to the Holland Tunnel as he expressed “strong and full support for swift implementation of congestion pricing.”

“This pollution, the asthma bills, the learning loss suffered from the particulate pollution, as well as the related road dangers are already an unfair tax on our communities,” Lee said.

Gottheimer (D-05) has backed proposed state legislation in response to congestion pricing that would offer tax incentives to lure New York businesses to let their New Jersey employees work from home rather than commute. The tax credit would be $250 per existing full-time employee who works at least 60% of their time in a New Jersey location.

Critics of congesting pricing note the MTA is not planning to share any of the revenue with other entities. Lee, who spoke at the agency’s hearing last week, urged officials to allocate 10% of funds to NJ Transit, the Long Island Railroad, and MetroNorth.

Tittel agrees New York’s plan should include funding specifically for New Jersey. It makes sense for the region to work together, he said, rather than the half-dozen transportation agencies bickering over who gets the money and how to spend it.

“We’re all working together. Take all these agencies away, and if we work as one regional transportation agency, we can run trains from Trenton to Montauk, or a connection from Grand Central to New Haven, or extending the 7 line into Secaucus,” he said. “It’s madness. We have a broken system.”

Nikita Biryukov and Dana DiFilippo contributed to this report. 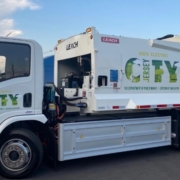 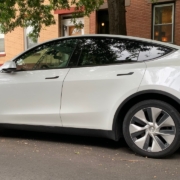