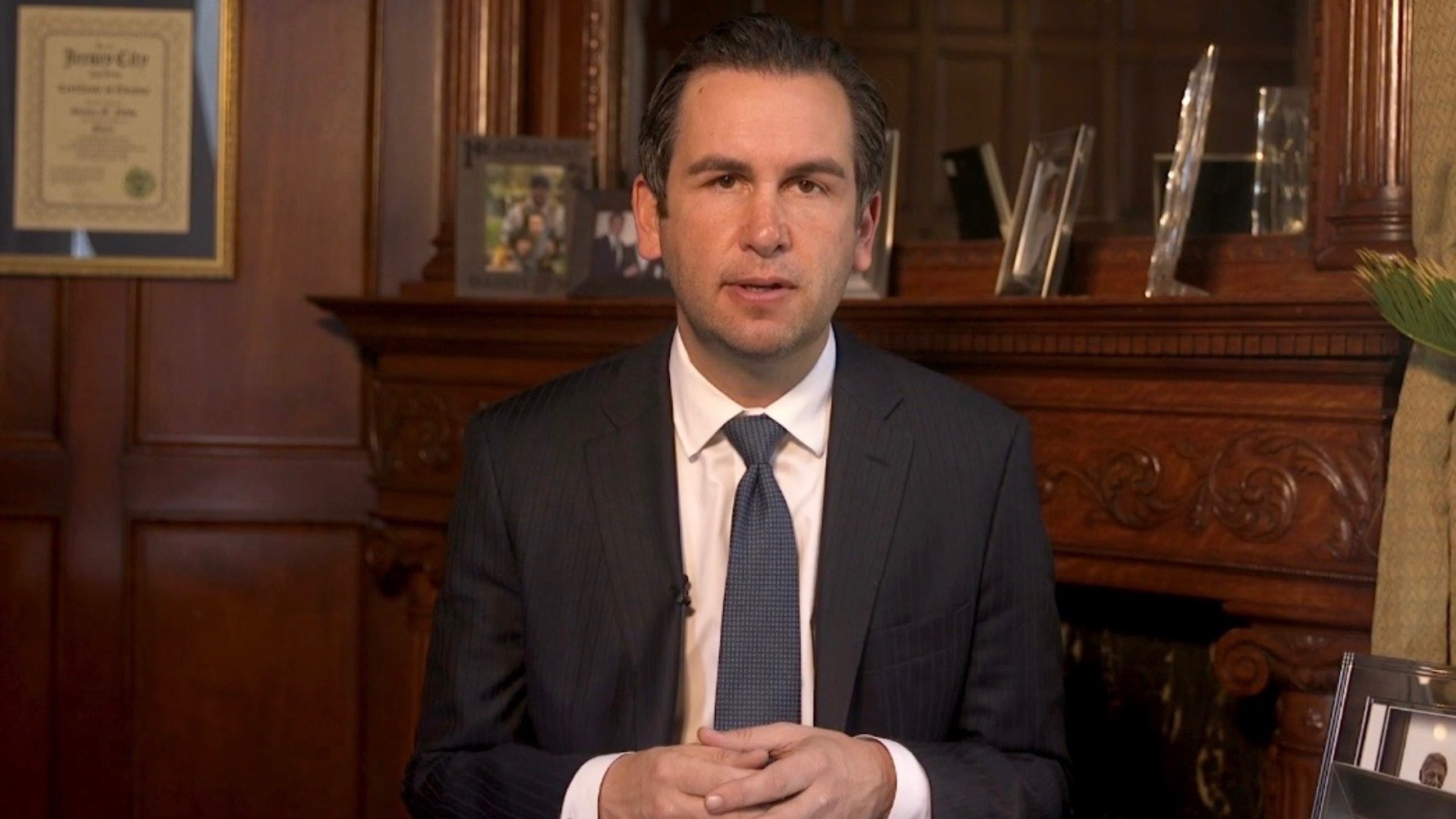 At an August 18 “town hall” meeting with Mayor Fulop and local officials, a member of the public complained about a drive-by shooting that put two bullets through the front of a taco truck, luckily missing the owner and the two children who were inside with him.

Not only did it take a half-hour for the police to arrive, according to the woman, but in her view the incident had been swept under the rug.

“If it had happened downtown,” she said, “somebody would have heard something … I’m sure it would have been news all over town.”

Mayor Fulop doubted that the police had taken a half hour. “I know how rumors can spread throughout the community,” he said. It wasn’t his fault if the shooting hadn’t been covered in the press, he added.

“I don’t know what the best way for us to share that information is,” the mayor continued. “We’re not just going to post everything on the city website; that would be kind of unreasonable to do. But, if there’s a better way for us to communicate with respective neighborhoods, we’re happy to do it,” he added.

The mayor’s claim that the Jersey Journal was receiving daily crime reports from the city came as news to many with an interest in the subject. “Wow, this man is a liar,” said one such person who asked to remain anonymous.

On September 6 and September 12, the Jersey City Times emailed Jersey Journal managing editor Ron Zeitlinger to find out whether the mayor’s statement at the town hall meeting was true. He declined to comment.

The evidence, however, strongly suggests that the mayor’s statement was false. The city releases information on crime to the Jersey Journal only after the Journal has received information about a given incident independently.

For instance, emails obtained by the Jersey City Times show that in the period from June 8 to June 24, 2022, Zeitlinger emailed the mayor’s office to confirm facts surrounding eight criminal incidents. In each case, according to the emails, Zeitlinger learned of the incidents not from the city but from Breaking News Network, which provides “real-time notification of news events as they occur.” Zeitlinger writes the bulk of the Journal’s crime stories.

BNN isn’t Zeitlinger’s only source on crime. Seven of his Jersey City crime stories so far this year have come from listening to the Jersey City police scanner.

In each case that Zeitlinger asked for confirmation of an incident, Mayor Fulop’s spokesperson, Kimberly Wallace-Scalcione, provided it. However, it was often after the Journal had published the story that she did so.

Though the administration has been willing to confirm reports on specific crimes that the Journal already has, there is no evidence that it has given the Journal information it didn’t already have. For instance, the Journal did not report the August drive-by shooting involving the taco truck nor did it cover a bomb scare at the city’s Jersey Avenue branch library last week, widely discussed on Nextdoor.com. The Journal also didn’t report on a stolen car with a bullet hole in its side that rammed into the Jackson Square Municipal Complex in June.

The Journal missed these stories, and it reports only a fraction of Jersey City’s crime because, like other Jersey City news outlets and the public at large, it is pretty much in the dark.

Though the Journal declined to comment on the mayor’s false statement that the city gives the Journal crime data daily, on September 11, Zeitlinger penned an article entitled, “When will Jersey City post crime stats online, and why did they disappear from website?  Officials won’t say.”

The article pointed out that in 2018, the city had, without explanation, stopped publishing weekly “CompStat” crime data. “In 2018 The Jersey Journal asked why the numbers were no longer available to the public. And the city has yet to respond,” wrote Zeitlinger.

The timing of the article seems more than coincidental, coming as it did five days after the Jersey City Times’ initial inquiry into the matter and three years after they last wrote about the issue.

The article also noted that New York City publishes weekly CompStat reports, a point the Jersey City Times had made repeatedly over the last nine months. 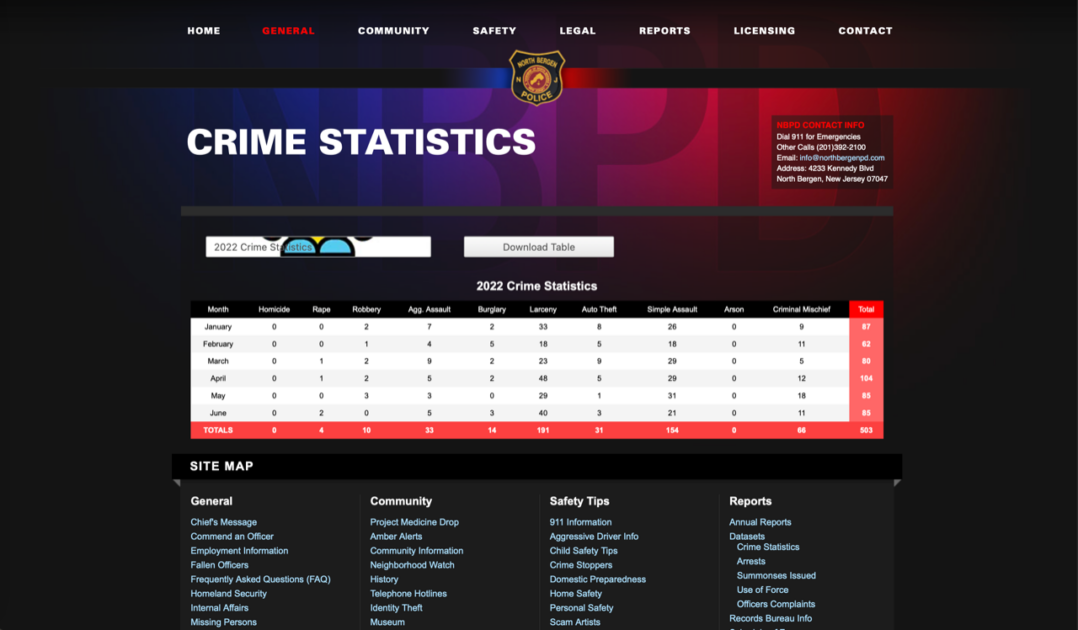 The Journal, however, avoided laying blame for the decision on the mayor or pointing out his many prior statements about the need for governmental transparency, including that his would be the “most transparent police department that there is.”

Avoiding direct criticism of the mayor when it came to publishing crime data, Zeitlinger’s article also made no mention of Mayor Fulop’s surprising and false August 18 statement about sharing data with the Journal.

Emails obtained by the Jersey City Times between Wallace-Scalcione and Zeitlinger suggest a possible reason for the Journal’s reluctance to contradict or directly criticize the mayor, who according to City Hall insiders, would have signed off on the decision to end access to CompStat data.

The emails reveal that during the same June 8 to June 24, 2022, time period when Zeitlinger was asking for confirmation on crime stories, Wallace-Scalcione was inviting Zeitlinger to cover the Jersey City Police Department’s “Rockin’ with the Seniors” event and to interview Mayor Fulop about his plans for the Fourth of July, which included a concert by the rapper Flo Rida.

Neither of those invitations were extended to the Jersey City Times, which was blacklisted last year after publishing an article showing that, despite the mayor’s claims to the contrary, crime went up during his first six years in office.

And indeed, two years before the Jersey City Times piece, the Journal had reported without question Mayor Fulop’s false claims of having brought about “50-year low in homicides and violent crime.”

Only after receiving a strongly worded letter from a clinic at Yale Law School did the mayor relent and add the Jersey City Times back to the press distribution list. But the mayor had made his point: direct criticism would result in a loss of City Hall access.

In the end, it appears that the mayor’s statement forced the Journal’s hand but only so far. Zeitlinger skillfully threaded the needle. While the Journal article appeared to take a principled stand on crime data transparency, the paper conveniently ignored (or chose to ignore) the mayor’s town hall misinformation. The Journal’s all-access pass to City Hall remains in good standing.

Nation Of Language and GIFT at White Eagle Hall

What Does It Mean to Raise Your Children In Jersey City?
Scroll to top