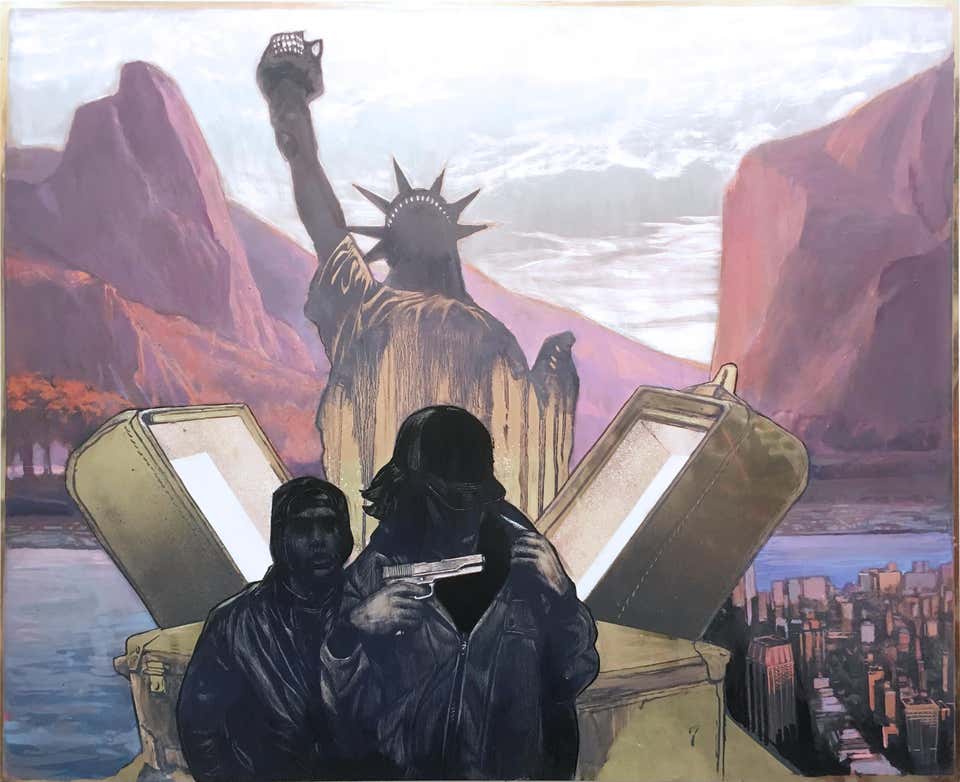 DISTORT is one of the biggest names in Jersey City art, and I mean that literally: If you’ve walked around town, you’ve seen his name painted in big block letters on the many murals he’s contributed to the local streetscape. DISTORT is not shy about taking up space —- his mural by the Holland Tunnel is one of the hugest pieces around. You might conclude that he’s a maximalist, and in a way, you’d be right. But as the “Reaching for the Steal” show at the Deep Space Gallery (77 Cornelison Ave.) demonstrates, there’s more to DISTORT than mere volume and less distortion in the signal he produces than his reputation and his handle indicate.

The paintings and sculptures now on view at the gallery (they’ll be there until Nov. 1, and you can arrange a visit through the Deep Space website) reveal an artist comfortable working on a smaller scale and speaking person to person. He belongs to the city, but he’s also deeply aware of transcultural trends. As it turns out, he’s less a street artist dragged indoors than he is a traditional painter who shrewdly uses the visual language and energy of graffiti to shake the viewer up and increase his susceptibility to DISTORT’S emotional incursions. Almost everything about “Reaching for the Steal” alludes to art history and the artistic canon: I see refractions of the Mexican muralists, film noir, American landscape painting, surrealism, the Italian Renaissance, and much else. There are subway tunnels that resemble cathedrals attended by monkish figures in classic poses. There is at times a certain medieval flatness to the images. Plaster arms and legs protruding from brick surfaces are arresting and maybe a little playful, too; they also recall Robert Gober’s impish sculptures of distended limbs in strange corners.

How does DISTORT juggle these elements and harmonize these juxtapositions? Adeptly, it turns out. The pieces in “Reaching for the Steal” are unified by a prevailing sense of menace: These paintings bear arms. A child with weeping streaks of black on his cheeks rattles the bars of a cage. Angry-looking eagles hover over the crumpled blades of a crashed helicopter. Proud parents in lurid robes hand a toddler a rifle. A banker beneath a sky decorated with ribbons of pipe akin to those in the PATH tubes takes notes dispassionately as the city smokes around him. A great firmament of tombstones rises around the Philadelphia skyline. A woman with a baton is fed into a gleaming industrial drum that glows a toxic-waste green. Or maybe she’s just curious? Either way, the peril is palpable. Everything threatening — uniformed figures, guns, old-model cars with headlights on — is abnormally large. Everything under siege — the city mostly, but the natural world, too — is unnaturally small. DISTORT’s images may be dreamlike, but the emotional and symbolic logic that underpins his visual syntax is immediately legible. He’s painting a world in trouble, one where the power imbalances are massive and things are consequently falling apart and going up in flames. Our world in other words.

The other unifying force in “Reaching for the Steal” is DISTORT’s formal experimentation. The artist applies paint to metal, and he often engraves those sheets with short, straight lines of considerable nervous energy. The scratched texture evokes emotional distress and the disintegration of identity; it also looks cool and imparts instant weathering to small pieces that, unlike his murals, have never felt the sting of Jersey City a winter. DISTORT is drawn to reflective surfaces: Some of his painted surfaces positively gleam. One sculpture of three sleeping heads enrobed in folds of white plaster actually incorporates a mirror.

But there’s a limit to how far the artist wants to draw you into these works. Some of his reflections are akin to those you might see on a subway window as it streaks you away from the action. There’s a world in decay outside — you can see it and certainly sense it, but you can’t touch it, and you probably can’t affect it either. These pictures don’t implicate the viewer, which is generous of the artist; on the other hand, they definitely reinforce a sense of powerlessness before the crushing forces of history. One of DISTORT’s clearest visual points is that violence in art is no new phenomenon: It’s present in the classical works that we tend to misremember as anodyne. We struggle with the same fears that our Renaissance forerunners did. All the artist can do is stand slightly to the side and capture and communicate that vision as best as he (or she) can. Dramatic distortions are to be expected, and should they call our attention to the right thing, commended, too.

“Reaching for the Steal” 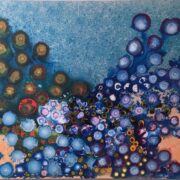 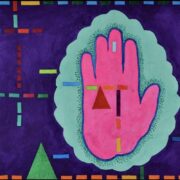