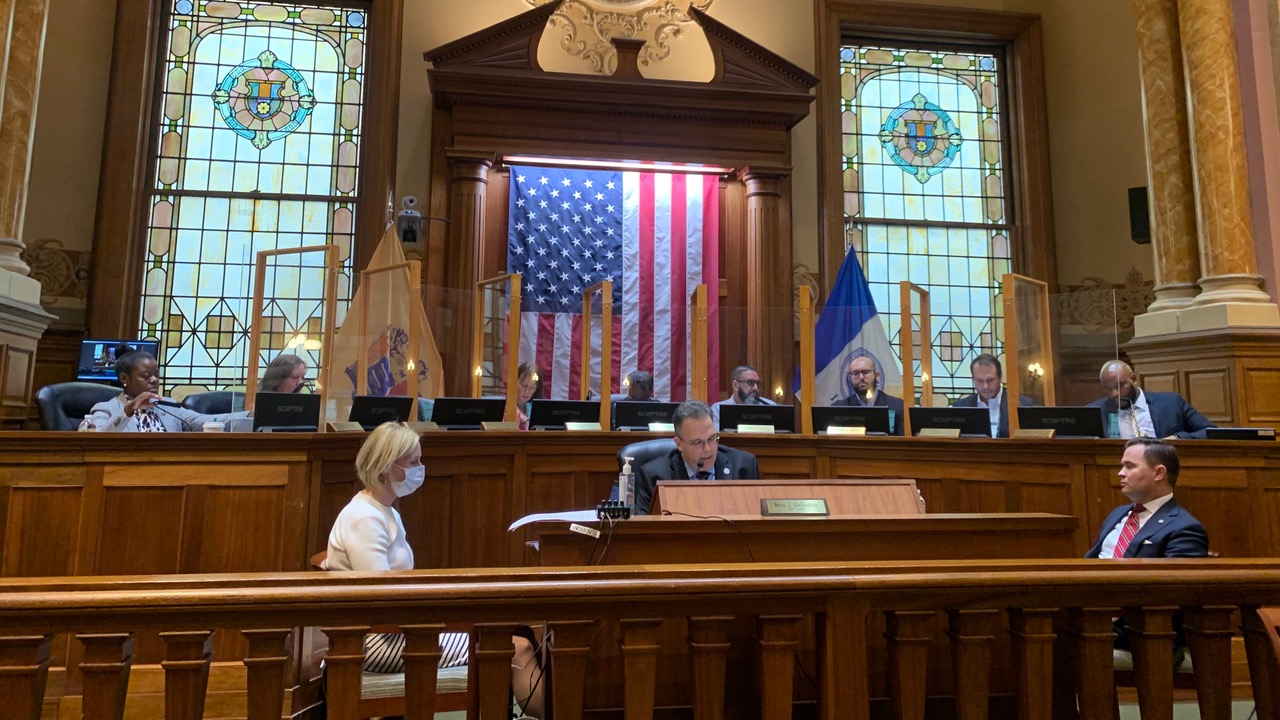 Yesterday, in what appeared to be an about-face, Council President Joyce Watterman said that she was “working on” implementing hybrid City Council meetings. This evening, in an email to The Jersey City Times, Mayoral Spokesperson Kimberly Wallace-Scalcione appeared to rule out the possibility.

“Meetings will not be hybrid. Rather, the in-person meetings will also be viewable in real time through a livestream to allow more people to tune in and stay up to date” said Wallace-Scalcione.

Asked whether residents would have the opportunity to speak remotely, Wallace-Scalcione said “The request was made by residents to have access to a live stream version of the Council meetings. The public comment portion will continue to be held in-person as it has.”

The issue of hybrid meetings re-emerged on Wednesday when an overflow crowd, eager to weigh in on the fate of Councilperson Amy DeGise following her July 19 collision with cyclist Andrew Black, was forced to stand outside council chambers for an opportunity to speak. In the end, many of the 151 registered to share their thoughts did not end up speaking. A number of people who did speak, however, called for hybrid meetings.

Yesterday, blogger Amy Wilson, who had planned on staying to live-tweet, wrote “It was broiling hot, there was no seating, it was packed, and it was very hard to hear and understand what was going on. I lasted about an hour and eventually left.”

In January, the Jersey City Times broke the story that unlike Newark and Hoboken, Jersey City’s municipal council had no intention of allowing a virtual option for residents.

At the time, Marilyn Baer, communications manager for Hoboken, told the Jersey City Times that when in-person meetings resume, “[They] will have hybrid meetings, which will allow residents to attend council meetings virtually or in person.” Newark City Clerk Kenneth Louis told JCT that it was Brick City’s intention to offer a video simulcast of council meetings immediately upon return to their physical space and full audio-video participation as soon as they acquire the appropriate system.

In February, the Jersey Journal published an editorial calling for hybrid meetings. It was joined in March by the Journal Square Association.

Yesterday, Ward F Councilman Frank Gilmore said that going hybrid was “extremely important we do whatever to make this possible.”

City Hall has demonstrated the ability to conduct hybrid meetings. A Ward Commission meeting in January featuring hundreds of comments from residents both in person and online, went off without any noticeable glitches. Some participants noted that the audio quality was better at home than in the council chambers.

The “Radical Left” of Hudson County and Amy DeGise