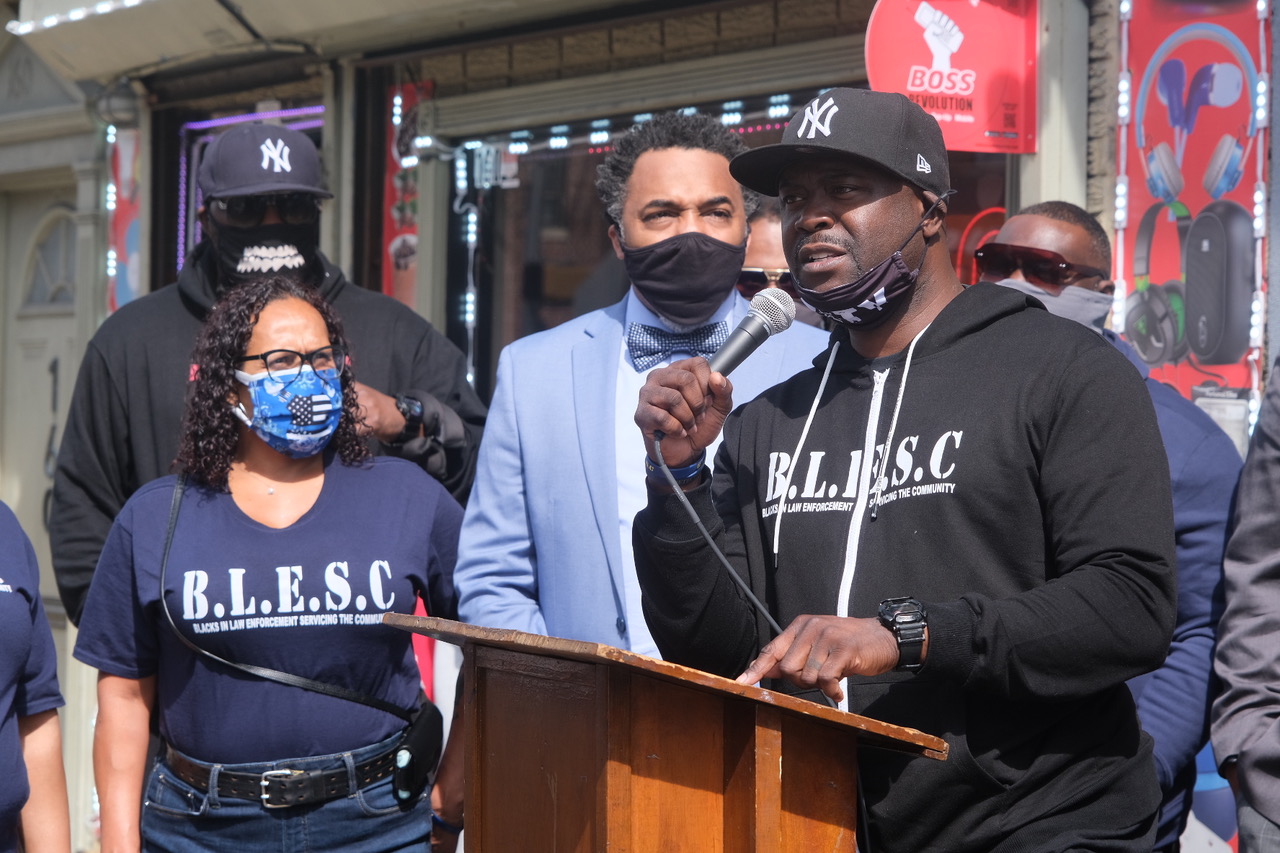 Community activists and members of the group Blacks In Law Enforcement Servicing the Community are calling the 2020 conviction of former Jersey City police officer Denzel Suitt a miscarriage of justice. Suitt will be sentenced tomorrow in the Hudson County Superior Court. 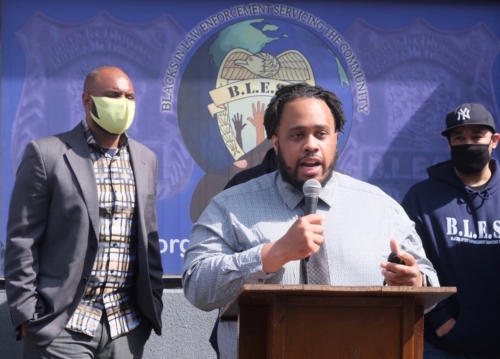 A jury found Suitt, 29, guilty of official misconduct and theft by unlawful taking, stemming from a March 25, 2018 incident in which he was charged with stealing money from the wallet of a man on Bayside Terrace.

Michael Shurin of the website Real Garden State observed the trial and called the verdict “perplexing.” The site contains links to video and transcripts from the trial.

Speaking at a press conference this afternoon on Martin Luther King Boulevard, Police Officer and BLESC member John Boamah said Suitt, raised in the foster care system, was “dealt a horrible hand in life” and yet “chose to do positive things in our community.” He “defied all the odds,” said Boamah. “He fell victim to an injustice.”

For his part, Suitt who had been standing in the back, stepped up to the mic to add “I do believe I’ve faced an injustice.”