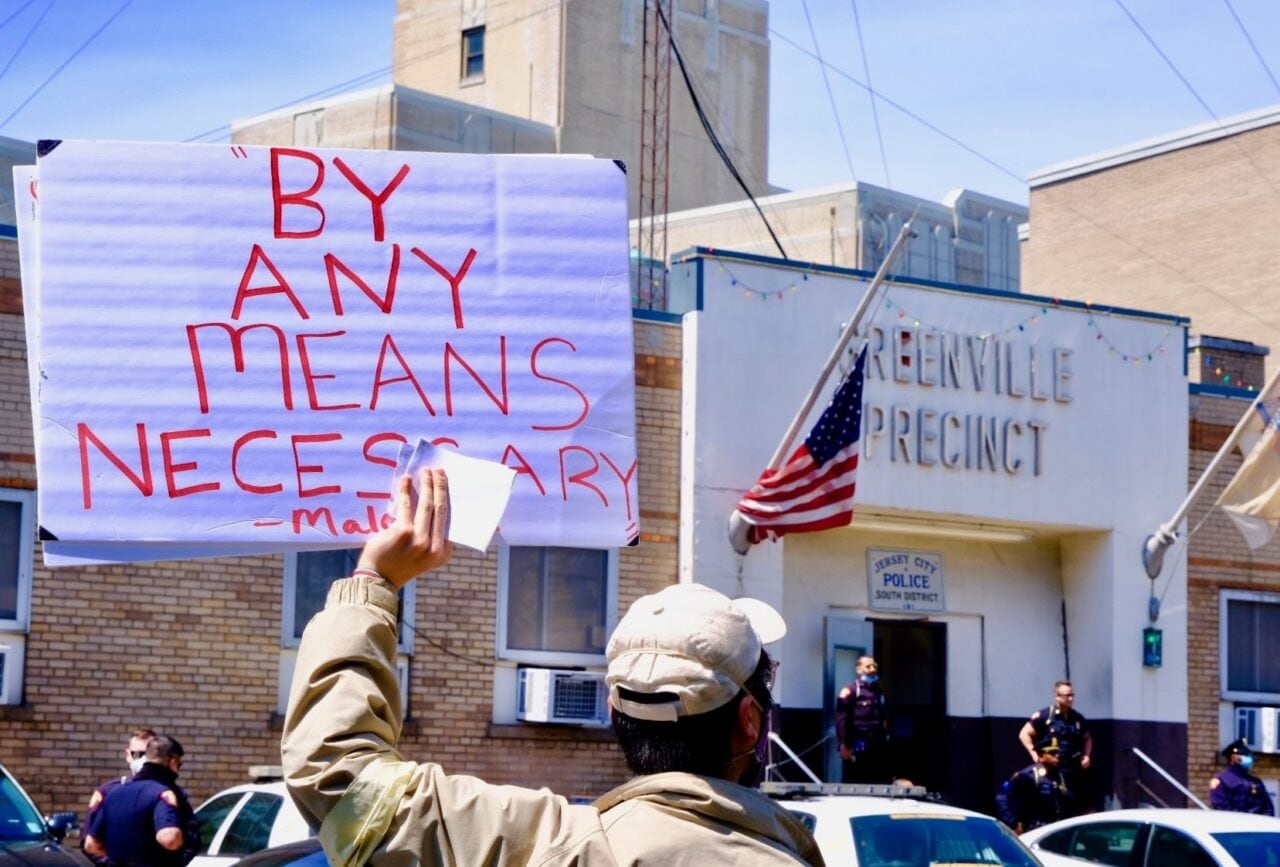 Local activists staged an impromptu rally Sunday to mobilize Jersey City residents in response to alleged police brutality in quelling a fight in Jersey City’s Greenville neighborhood on May 5. The incident, which occurred on Bostwick Avenue,  resulted in three arrests and injuries to both civilians and police officers.

Nevin Perkins, a student at New Jersey City University and founder of the Jersey City coalition of Black Men United, organized the rally at Berry Lane Park on Garfield Avenue. About 15 people came out to the event, which ended with a peaceful march to the city’s Greenville police precinct.

“We’re here to set the fuse on the keg,” Perkins told a reporter. He said he hoped to encourage members of the community to take political action to protest the events that occurred in the aftermath of the brawl.

Based on what he saw from tapes of the incident, Perkins concluded “there was no proper de-escalation action by the officers” who responded to the scene. He said the community needs to work with the city “in creating a de-escalation tactic and in creating a better relationship with the police department.”

Additionally, Perkins said, “We need to see the police force as representative of the community not just in skin color [the Bostwick Avenue neighborhood is largely African-American] but also actual residency. I believe at least 50 percent of police force should live here.”

Perkins said he and his supporters want the city to release footage taken by the responding officers’ bodycams; to provide financial compensation to the victims of the alleged police brutality; and to release the names of the officers involved in the spraying and striking of the civilians “to see if there is a pattern of this particular type of behavior” by those officers.

Greenville resident Kenyaetta Williams, a board member of the nonprofit York Street Project, who helped prepare signs for the rally, said she came because she felt dissatisfied with the city’s response to the police action.

“I’m tired of the mayor putting his foot in his mouth,” she said. “I feel disrespected, and I feel he’s disrespected the community. As my grandmother would say, ‘Shine your light on the world to see.’”

Claro Sumague came to the rally with fellow members of the Philippine Youth and Student Organization “to show solidarity with the black community.” He said Filipinos were “also no strangers to police brutality,” particularly in the Philippines where, he said, “There are a lot of human rights violations — and it’s the same here in particular with black and brown communities.”

Sumague said the city should be focused more on aiding “essential workers” like nurses and health care aides who are putting themselves at risk during the Covid-19 crisis. “These workers need help like PPEs and food but, instead, they come home to see violence from law enforcement.”

In a taped press conference last week, city Police Chief Michael Kelly defended the officers called out to defuse the street brawl who, he said, were properly defending themselves against civilians’ efforts to touch or rip weapons from officers.

Kelly said the officers “acted with great restraint and used exactly the force necessary to bring the situation to a close.” Six officers responded to the initial call about the fight and more came as backup to aid their fellow officers, he added.

His position was echoed by city Police Director James Shea who said he saw nothing in the various tapes he viewed —including footage from police bodycams — to indicate the officers were deviating from their training “or doing anything contrary to their legal right to defend themselves from attack.”

Shea added, “I condemn the actions [by civilians] causing the officers to be called there in the middle of a pandemic.”

Asked by a reporter to explain what happened between the time the fight had appeared to end and the time officers arrived and took punitive action, Shea said he wasn’t able to answer. “I leave that question for later,” he said.

Shea said the footage from police bodycams has been turned over to the Hudson County Prosecutor’s Office for review, a protocol he said the department follows in similar cases when excessive police force may have been used. He said the incident remains under investigation. Meanwhile, all officers involved in the incident remain on duty.

City Council President Joyce Waterman and Shea encouraged anyone with tapes of the incident or other information about it to contact the police department at 201-547-5477 or the Hudson County Prosecutor’s Office at 201-795-6400.

How the Pandemic Has Transformed the College Experience and Could Transform...
Scroll to top