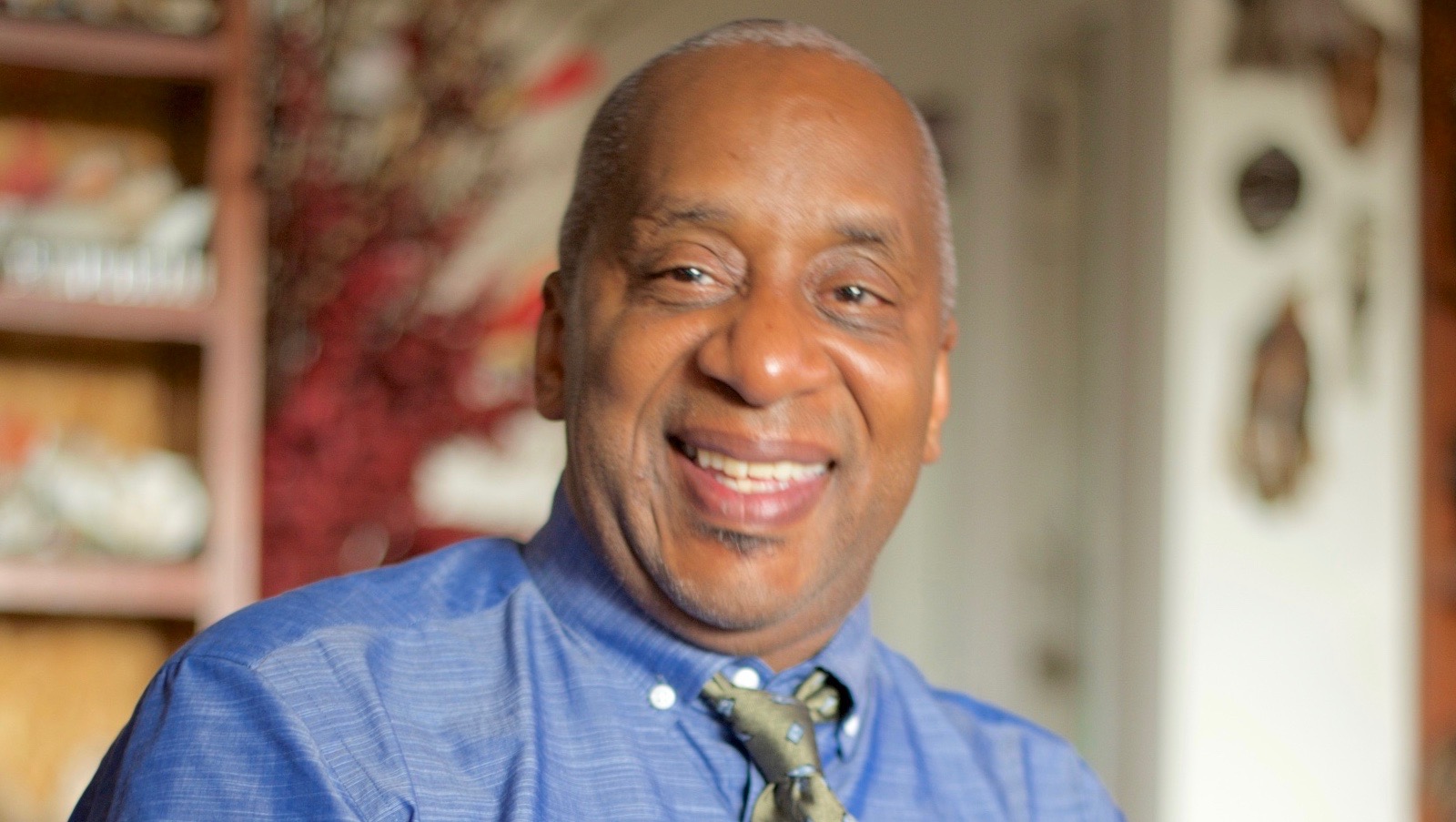 “In Our Midst” is a monthly conversation profiling talented Jersey City residents who are doing something really interesting. This month Jersey City resident Barbara Hines, a psychologist by profession and a jazz fan by avocation, interviewed Steve Williams, the new CEO of WBGO. Based in Newark, WBGO is the only radio station dedicated to jazz in the New York City metro area. The conversation has been edited for brevity and clarity.

JCT: Steve, thank you so much for joining us. I’m a huge fan of BGO as is my entire family. If someone’s dusting at WBGO, I kind of know about it! So, we want to welcome you with open arms.

Williams: It’s really a pleasure. Thank you very much for having me.

JCT:  I’d love to start out with your personal story.  When I first heard your voice, I said to myself this man has a radio voice.  Prior to becoming CEO of BGO, were you an on-air host? What’s been your progression in radio and public media?

Williams: Well, actually, my first ever job was in public media at a station in Detroit, WDET. I started working there when I was 19 but not as an announcer. I was a production engineer, which means basically you work to record and assemble various radio programs. I did that for oh, I don’t know, maybe four years. And then I finally got an opportunity to actually host the program. And that’s really where my work as an announcer began. And I continued on that course for a number of years, I left the DET and went to the jazz station that I referenced, WJZZ In Detroit.] I worked as an announcer there, and also the program director. I left that station and worked at WRIF and WAMX also in the Detroit area as an announcer. My work as an announcer led to my deepening of a professional relationship, out of which I became a music director, which is quasi middle-management in the radio station hierarchy. And I continued on my career, which took me from Detroit to Washington, DC, to San Francisco, to Sacramento, Denver, and, of course, the New York City area.

JCT: And now as CEO, you’ve got to manage the fiscal, artistic, and day-to-day operations of the New York metro area’s only jazz station. Did you always want to run a radio station?

Williams: Not at all. I’d been program director in a number of situations, number of cities across the country, and so these things prepare you for a greater level of responsibility, right? But not everyone wants that responsibility. Not everyone is suited for that level of responsibility. And in this particular situation with BGO that was certainly the case. I was the program director of BGO on two occasions, and I really had no ambition. And this is the honest to goodness truth! I really had no ambitions for running or being a CEO of a broadcast operation. But I was working at a public radio station in Seattle as their director of audio production while simultaneously consulting for BGO right after BGO’s former CEO left. My experience, background, and proximity to the station at that moment in time really set the stage for me to become CEO.

JCT: You’ve said before that all you ever wanted was to work in radio, to make a living working in radio. What is it about radio that you find so magical?

Williams: Definitely the engaging aspects of it, connecting with people. I think that’s the most magical thing. The fact that you can take sound waves and radio waves, things that you can’t even see and have such enormous and deep and lasting impact on humanity. That’s the magic.

JCT: Well, if ever there was a time when radio needed someone at the helm helping people connect, that was this whole past year! How did you guys pivot in the face of COVID?

Williams: It was crazy. There are 10 hosts who actually have regular programs that in a normal set of circumstances would be doing their programs from the WBGO studios. But, of course, we were faced with the crushing reality of the pandemic and the inevitability of moving the station staff so they could be safe and out on break with no or limited exposure to COVID. And so, what we had to do is first of all convert the station’s music library into digital form because basically we’re playing CDs, 30,000 of them! And in order to establish this work-from-home routine, we had to train the announcers to utilize the computer software that allowed them to record their programs. And just the voice not the music, just the voice from home. We had to purchase a certain amount of equipment like microphones and computer software in order to affect this chain. And we had to train all of the hosts to utilize this equipment. Normally a transition like this takes three, four months. We did it in 10 days because there was so much pressure and urgency to make sure that staff members did not have to be exposed to COVID-19 on their way to work.

JCT: So, for a little bit of time you were zipping around to peoples’ homes delivering and installing equipment and training them and getting them up to speed?

That’s exactly it. We went on the air for the first time with remote work on April 8th of last year.

JCT: Goodness. Those announcers never let on that something was changing in their lives. They just were so poised, which is really extraordinary.

Williams: It’s been as you’ve described it, a whirlwind.

JCT: And now you’ve been CEO since the fall, and you moved from Seattle to Jersey City. Of course, Jersey City’s not really itself right now due to COVID, but how do you like living here? What are you looking still looking for in Jersey City?

Williams: You know, I tell you, and this sounds silly. I feel quite fulfilled with where I am right now. I think I have a wonderful place to live. I admire and appreciate diversity of all kinds, and I think Jersey City has been cited as one of the most diverse places of all of America. And you feel it. So I feel quite at home here. I love food, and there are great restaurants. There’s a feeling here of acceptance and tolerance even with what’s going on in the world today. And so I’m really quite comfortable. I’m sure there are other things for me to discover because I’ve spent 95 percent of my time indoors. But I can honestly say in this short span of time that I’ve been here, that I made the right choice to be in Jersey City.

Editorial: A City Council Waste Deep in the Swamp