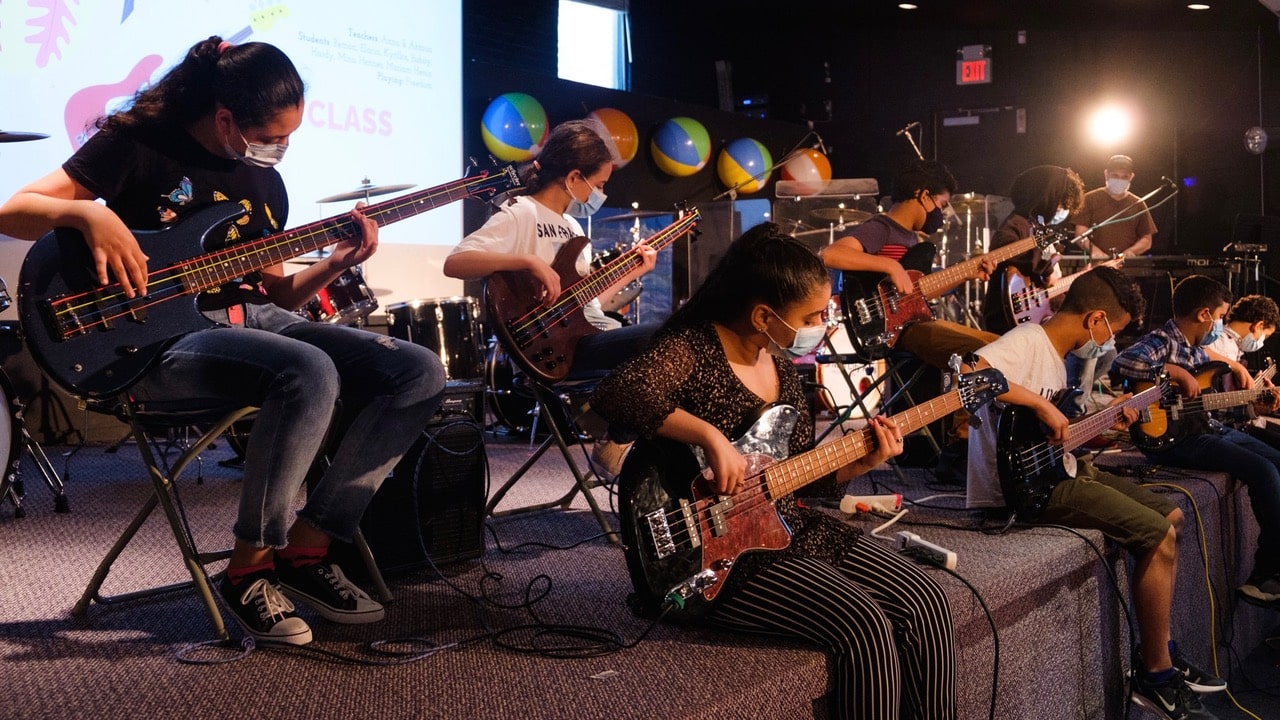 Twenty-seven years ago, Trevor and Linda Rubingh, founders of a cross-cultural church in Ward F, got 300 kids together for a weekend of youth programming. That’s when they discovered their true mission: providing trained teen mentors to help underprivileged kids with academics and music. And the model for New City Kids was born.

“We feel that a combination of academic support and music helps set up our kids for future success.”

The organization offers tutoring and music lessons to 100 first- through eighth-graders combined at 240 Fairmount Ave. and P.S. 22 — with a third site in Greenville on the way. (Carter explained that the religious group can operate in the public schools because it does so after hours when attendance is optional.) 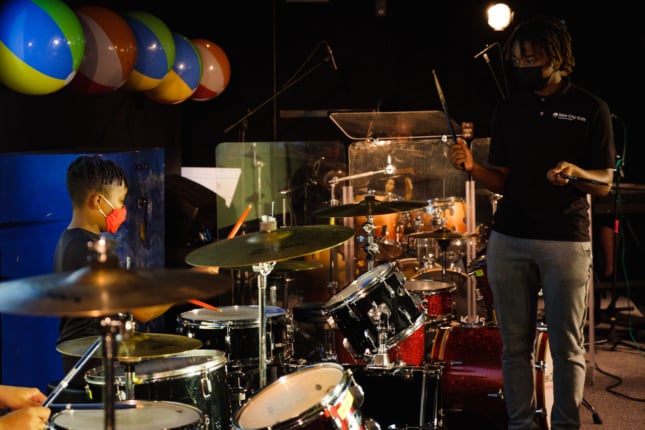 New City Kids “provided me with a sense of purpose and commitment that unarguably impacted my life in ways I’ve never imagined,” said Luckerlme “Lucky” Milien, a NCK 2020 alum who is now studying engineering at the University of Southern California. “It allowed me to not only interject myself in unfamiliar positions for the sake of learning and growth, but it also provided me with the tools to become a strong and effective leader.”

Jersey City’s after-school program runs Monday through Friday, from 3 to 6 p.m. About 85 teen interns recruited from local high schools are trained and supervised by professional staff to tutor and mentor youngsters in English, math, geography, and performing arts. Small group sessions in Bible study and overnight retreats are optional at parents’ discretion.

Musical instruction is also a big part of the after-school program. With adult supervision, teen interns teach the younger kids to play the keyboard, bass guitar, and drums. “It’s some of the most engaging, fun, expressive form of learning — and affordable — for music education,” Carter said. “We feel that a combination of academic support and music helps set up our kids for future success.”

Parents pay between $60 and $80 per month for tuition and many receive subsidies through the Urban League of Hudson County. Parents are responsible for getting kids to and from program sites, but most live close by, Carter said.

A newly-hired social worker was brought on board to counsel any students grappling with emotional or mental health issues and/or to refer families to outside professionals, if needed, Carter noted.

Grammar schoolers aren’t the only ones to benefit from New City Kids’ model. Teens hired as interns invariably enroll in college.

“In June, we hold a week-long try-out for the intern positions,” Carter said. Typically, about 100 kids — from incoming freshmen up through seniors — compete annually for 25 to 30 slots to replace high school seniors departing for college. “Those who don’t make the cut we encourage to consider volunteering, and we usually get about 15,” she said.

“On average,” Carter said, “interns put in nine to 10 hours per week, working different shifts” to accommodate the approximately 100 youngsters spread between the nonprofit’s two sites.

Interns are encouraged to sign up for what Carter called a “wraparound” evening session orienting them toward college readiness and life skills, academic tutorials and music, all aimed at building leadership abilities.

“99 percent of our high school seniors matriculate in college and 94 percent graduate from college in six years.”

“But we start talking up college even to the little ones,” Carter said, “and that’s something that’s lacking in the Jersey City public school system where there’s an average of one guidance counselor for every 300 students.”  Of the youngsters enrolled by New City Kids who go on to college, 80 percent are first-time attendees, she said. 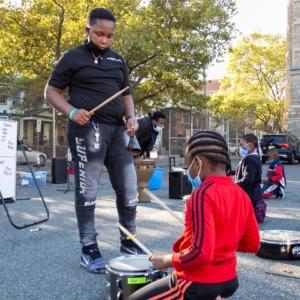 Given so much focus on preparing for life after high school, it’s not surprising that, according to Carter, “99 percent of our high school seniors matriculate in college and 94 percent graduate from college in six years, as opposed to a nationwide average of only 11 percent of all students [from the lowest income quartile in the U.S.] who complete college in six years.”

New City Kids also operates in Paterson, NJ and in Grand Rapids and Detroit, MI (where the demographics mirror Jersey City) and has even piloted programs as far away as Honduras and Malawi.

Because many of its clients are newly-arrived immigrants from non-English speaking countries (interestingly mainly Egypt), NCK in partnership with other area nonprofits also sponsors “Families For Literacy,” which offers English language classes and a 12-week small business training seminar for parents.

NCK also runs a summer camp and a sailing program as well. For a nominal fee, the camp, which has a “more outwardly Christian” orientation, according Carter, offers sports, arts and crafts, music lessons, bible study, and more.

“City Sail” offers older kids sailing lessons on the Hudson River and swimming instruction at a local university, culminating in a three-day sail on Long Island Sound at summer’s end.

Genis Espinal, a high school senior who is a tutor and team leader with New City Kids, said participating in the group helped her profoundly:

Before joining, she said, “I didn’t have the confidence and courage I have now. New City has been like a second home for me with people I can go to for anything. … I feel like New City Kids has been my biggest support in everything I do.”