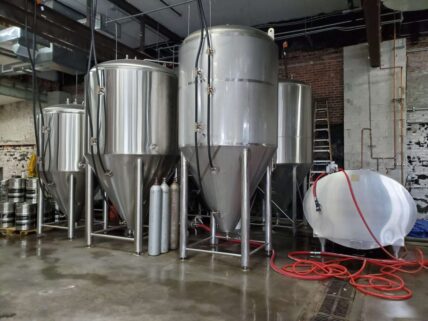 After six years, 902 Brewing’s doors officially opened on May 12 in the midst of a pandemic. The rooftop deck may not be open nor the bar finished, but the founders are selling four-packs of beer for pickup at their location at 101 Pacific Ave in Bergen-Lafayette. 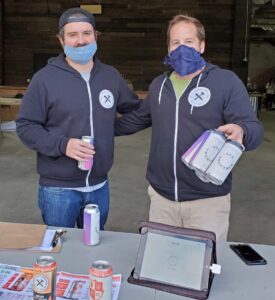 902 is only the second brewery since Prohibition to call Jersey City home. Once finished, its rooftop will offer views of the harbor and the Statue of Liberty on one side and views of vacant blocks that were once chromium danger zones on the other. Colby Janisch, founder and chief operating officer doesn’t know what’s going to be built on them.

“The more the merrier” he said, pointing toward Corgi Distillery on Distillery Drive down the street, so close it makes a brewer’s row plausible. “A distillery, a brewery, even a dispensary, why not?” Janisch mused.

The journey still isn’t complete. Though the brewery is functional, at this point customers can visit only the beer stand and peer into the ongoing construction of the taproom.

“We got approval from ABC [the New Jersey Division of Alcoholic Beverage Control], for curbside pickup, so we did it as soon as possible to get some cash flow coming in.”

Five beers are currently available for $16 per four pack: “Heaven, Hell or Hoboken”IPA, “P.A.T.H” pale ale, “Juicy City” NortheastIPA, “Chill Town Crusher” pilsner, and “All Together,” a version being made in collaboration with breweries worldwide, spearheaded by Other Half Brewing in Brooklyn. The recipe for the 6.5% hazy IPA is opensource — as is the label artwork. Some of the proceeds from the sale of the beer will support hospitality industry employees around the globe who’ve been laid off due to Covid-19.

The brewery has helped Jersey City deal with coronavirus pandemic in other ways as well. At the beginning of thecrisis, 902 and Corgi worked together to produce sanitizer. 902 made the sugar wash, and Corgi Distilled it. The sanitizer was donated to first responders and nonprofits.

As for 902’s beer release schedule, Janisch anticipates adding a new beer to the lineup next week and then more in the beginning of June. “We don’t really know what the schedule will be. What’s the newnormal?” Janisch said. “Hopefully we’ll have the tap room buildout done this month,” he added. “The tap room will be ready and waiting for customers when Covid is over, whenever that is.”

902’s brews are also available at select retailers and restaurants in New Jersey and New York. 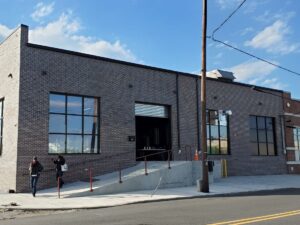 All photos by Melissa Surach 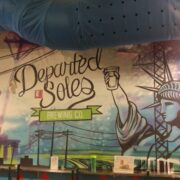 Craft Breweries and a Distillery: Tour the Tasting Rooms of Jersey City 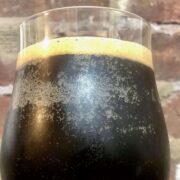 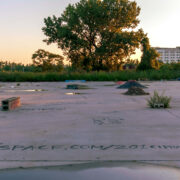 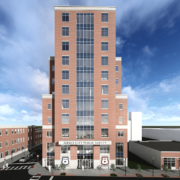 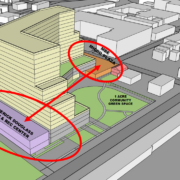 Editorial: The Council Should Vote No on Steel Tech 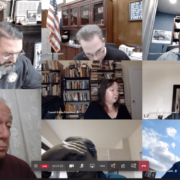 Explainer: Health Care Guidance on Pregnancy During the Pandemic