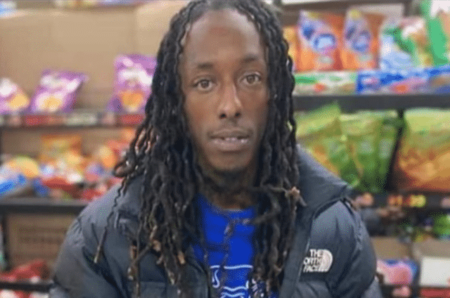 A 26-year-old man was shot and killed this morning near Grant Avenue and Martin Luther King Drive.

According to The Hudson County Prosecutor’s Office, members of the Jersey City Police Department responded to a report of shots fired in the area of 94 Grant Avenue. Upon arrival they found the victim – later identified as Raquan Bass – with gunshot wounds to his upper body. Bass was taken to Jersey City Medical Center, where he was pronounced dead at 11:15 a.m.

Like many cities across the country, Jersey City has experienced an upsurge in homicides during the COVID pandemic.

Before the pandemic, Mayor Steven Fulop had claimed that homicides had hit “historic lows.”  However, according to FBI statistics, the numbers remained virtually unchanged from those under the prior administration.

The cause and manner of Bass’s death are pending the findings of the Regional Medical Examiner’s Office.

The Hudson County Prosecutor’s Office Homicide Unit and the Jersey City Police Department are actively investigating this case. No arrests have been made at this time. Anyone with information is asked to contact the Office of the Hudson County Prosecutor at 201-915-1345 or to leave an anonymous tip at: http://www.hudsoncountyprosecutorsofficenj.org/homicide-tip/. All information will be kept confidential.

The Mayor Blinks on Trash Fees
Scroll to top