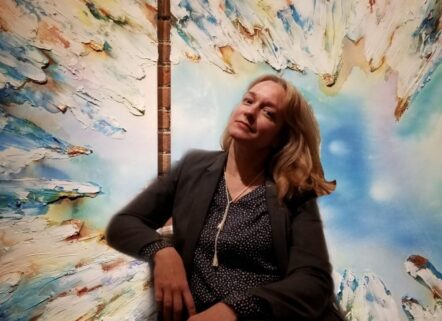 “Would you like some organic tequila?” Anne Novado asks me as we settle into her gallery’s sitting area a few nights before her current show. Novado Gallery itself is like an aesthetic shot of tequila. Opened in late 2016 and tucked into Jersey City’s Powerhouse Arts District, the gallery hit the ground like a stylish Cessna. The space is elegantly appointed with exposed wood beams, lofty ceilings, and a carefully designed layout. But what’s notable about Novado openings is a slightly older crowd of art patrons and New Yorkers. 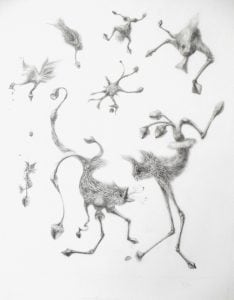 Novado’s own artwork “Stranger than Friction”, graphite on vellum, 38″ x 31″

Anne Novado is no newcomer to the art world. As a practicing artist herself with an MFA from Syracuse University she knows a thing or two about art — and about how to make a gallery stand out. While teaching at Syracuse and at Onondaga Community College she sat on the board of the nonprofit arts group ThINC (The Institution of a Now Culture). The group put together exhibitions “that went beyond the average landscape and figurative work,” Novato explains. “They were adventurous, fun shows, shows that elevated the arts scene in Syracuse.”

The same could be said of  Novado Gallery’s local impact. Like other Jersey City gallerists, Novado (along with business partner Steve Pearlman) wanted to create a dedicated space for art shows as opposed to a café or hair salon that also happened to exhibit art. Business owners and real estate developers often persuade artists to hang works in their spaces for “exposure,” adding much-needed decor to their ventures for free, This bartering was exactly what Anne didn’t want to see. After all, “does a lawyer set up a booth for free advice just for exposure?” she asks.

At any group or solo exhibition you will find a diverse range of artists who have established some degree of recognition yet have likely not been given a solo show at a similar mid-level gallery in New York City. When asked what drives her curatorial process, Novado explains, “I have to be excited about the artists that I show. That may be based on their humor or materials or perhaps the social commentary in the work.”

Cue Dutch artist Lex Heilijgers, whose work currently on exhibit at Novado is a seduction of color, form, and emotion. Figures, landscapes, and architecture are reduced to their essence in a style reminiscent of Matisse or Picasso.

“I really wanted to show Lex’s work here in Jersey City,” says Anne. “He didn’t have the greatest experience at his New York gallery, and I felt that we could improve upon that plus give our community a chance to appreciate his work.”

She notes that since Jersey City is championed as one of the most diverse cities in the country, that diversity should carry over to the artists represented here.

“As a gallery we can celebrate diversity in the artists we show; through something as humble as the materials they use as well as the ethnic or political diversity they bring into focus through their work.”

What does Novado see for the gallery moving into 2020?

“We feel invigorated and are gathering momentum to bring more two-person and solo shows to the space so we can champion and focus more on the artist’s body of work. For my own growth — I live and breathe art, but I’m also a business person — I want to see how I can bring more people in and get them excited without overwhelming them, give them nuggets of information if they’re not used to accessing art on their own.”

Header: Novado photo in gallery, by Jayne Freeman. Painting behind her is by Azarez.art.


Dear reader: For the cost of a "tall" drip coffee at Starbucks, you can support local journalism! Please consider signing up for a recurring monthly payment of $2.99. Thank you!

Jayne Freeman, aka Mamarama, has been working with area parents for over ten years. She is a certified childbirth educator, certified breastfeeding counselor and certified in postpartum doula support. She offers perinatal services for new and expecting parents. For more information go to www.mamarama.tv 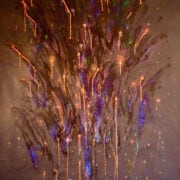 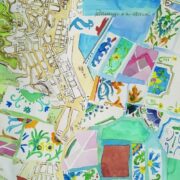 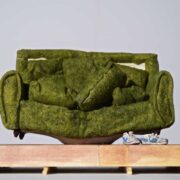 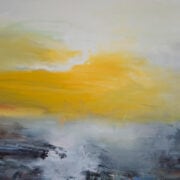 Governor Phil Murphy has “re-tightened” the limit on outdoor gatherings to a maximum of 25 people, effective 6:00 a.m. on December 7th. Religious and political activities, funerals, memorial services and wedding ceremonies are exempt.  Outdoor dining is unaffected.

Governor Phil Murphy has signed an executive order retightening restrictions on gatherings to help stop the spread of COVID–19. Effective Tuesday: Indoor gatherings are limited to a MAXIMUM of 10 people

Four Options for JC Fridays
Subscribe to Our Newsletter